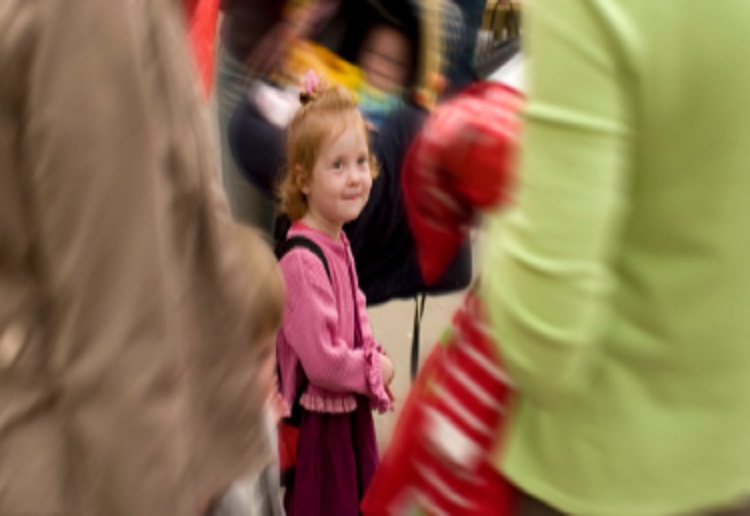 It’s every parent’s worst nightmare, and it happened to this mum on a day out at the beach.

The post on Oliver’s Outing has struck a chord with thousands of parents around the world.

In the post, Vicky talks about a heart-stopping incident which happened to her sister Lucinda, when she lost her four-year-old son, Jake, during a family outing at the beach.

“Jake was just 4-years-old at the time and like every other child, he knew not to ever talk to strangers or leave his parents when out, so what went wrong?

“It was very busy so Lucinda (his mum) was holding his hand, Jake is a shy boy so had no interest in leaving her side anyway.

“They stopped to look at a stall and she let go of his hand to pick something up, it was just a couple of minutes, if that.

“When she looked round to take his hand he wasn’t there!

“While trying to stay calm and telling herself he wouldn’t go far she started to look around and call his name, still couldn’t see him.

“Within a matter of minutes an army cadet who was stewarding the event spotted Lucinda and immediately asked what had happened and who she was looking for.

“He wasted no time and himself and the other guys stewarding started shouting ‘we are looking for a boy’, ‘He is 4-years old, blonde and in a red T shirt. Have you seen him?’

“They repeated this loudly and constantly as they covered the areas nearby.

“Now this may seem an obvious and simple thing but the quick timing and detail they shouted was undoubtedly what saved him!

But Vicky continues that: “The detail Jake gave would make any parent’s blood run cold…

“‘There was a bald man in a white T shirt, he said he would take me to see a real rocket ship’.’

“He wasn’t inclined to lie as a child and this seemed very genuine.

“It’s awful to think men like this are around and near our children but they are and sadly some get away with it.

Remember what they are wearing

“By very quickly shouting out the description of Jake and that he was lost, it meant the guy couldn’t leave the beach without being spotted, so he just left Jake and walked away.

“I would urge every parent to do this immediately, even if you suspect they are just round the corner, what’s the worst that could happen, you are slightly embarrassed because they hadn’t gone anywhere?

“The police think this was an unplanned abduction, He had to walk a fair way on the beach before he could get to the road, so it was risky.”

“I truly hope none of you are ever in this situation but if you are then just shout, loud and clear, who you are looking for and what they look like. ”

How terrifying! Definitely some important info to remember if ever in a similar situation.