Article Why it’s important for kids to “play-fight” 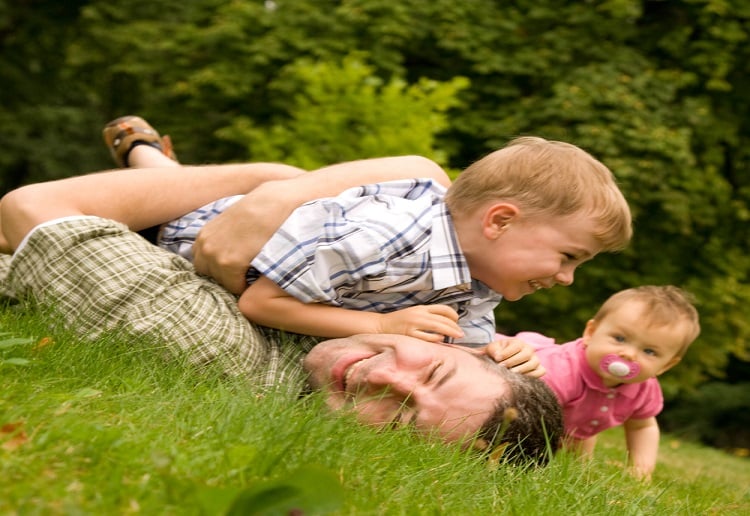 Increasing amounts of research show that fathers’ involvement in children’s lives contributes to the child’s social, emotional and cognitive development; however, much of the evidence comes from fathers’ caregiving and object play.

StGeorge’s newest study in the journal Infant and Child Development. She watched 24 fathers first pretend-playing with their 4-year-olds using blocks and puppets, then playing physical games like Sock Wrestle.

“Some studies show kids are calmer and more ready for social play after a good rough-and-tumble,” she adds.

“The take-home message for both mum and dad is that it’s very unlikely that rough-and-tumble play ends in tears,” she adds. “Far more often, it’s helping build the bond between dad and child. I have good memories of my own father roughhousing with us!”