Article WHY these pictures are horrifying parents everywhere 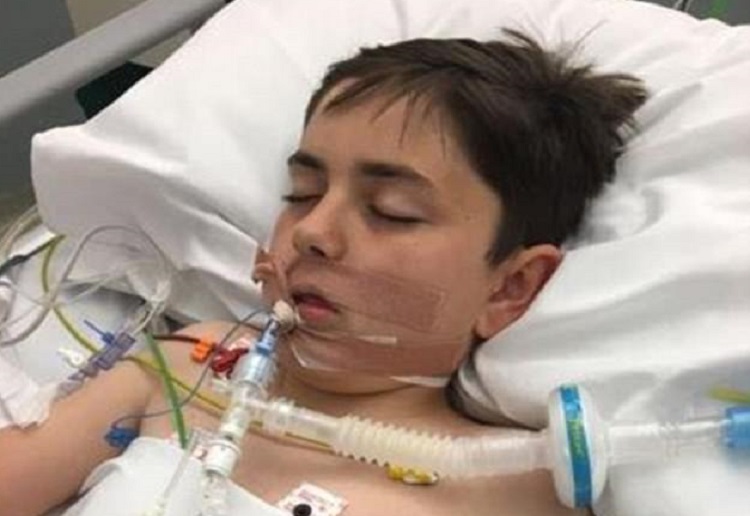 UK Mum shared photos of her teenage son in hospital after he collapsed following a vodka binge session in school.

Chase Owen, 13, had been drinking alcohol brought into school by other pupils in a bid to fit in with them.

But his mother Jo said the teenager almost died from alcohol poisoning after she found him slumped in their garden in Taunton, Somerset, reports Daily Mail.

Jo took pictures of her son in an Exeter hospital in a bid to warn others about the dangers of peer pressure. 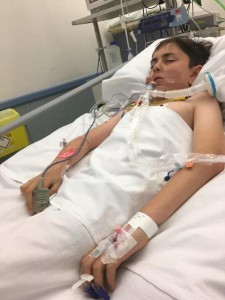 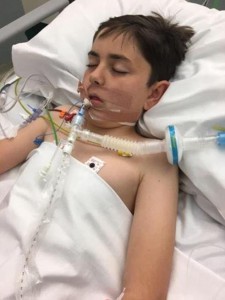 She said: ‘After being a parent for almost 13 years this is the worst 24 hours I have ever faced.

‘Finding Chase collapsed in my front garden yesterday after school I instantly knew something was not right.

‘According to him he was just tired! Having got him in the house his condition deteriorated rapidly.

Unable to string a sentence together, slurring his words and very soon vomiting profusely. Having to see my son like that was awful.

‘Having called an ambulance, we had to face the wait in A&E. At first they thought he had meningitis, possible stroke or just the effects of a really bad migraine.

‘After three hours or so his tox report came back and Chase had enough alcohol in his system to be two and a half times over the drink drive limit.

‘We have now found out from investigations at the school that over the course of three days Chase had been downing shots of vodka that the “popular” boys were bringing into school in Coke bottles.

‘He was trying to impress these boys to fit in with them. And in turn almost died!

‘He is now feeling rather sorry for himself but out of danger. Peer pressure is real and can be deadly.’

She urged parents to educate their teenagers about peer pressure and urged them to show the photos of Chase to reveal the effects of alcohol poisoning.

“We need to educate our teens that it is okay not to fit in, be different & have our own identities. We don’t need to impress anyone, be yourself and you will find the right friends, not the most popular ones. You do not need to be in the popular group at school to be successful once you are no longer in school.”

As a mother of a thirteen year old boy this story spoke volumes to me.

My son has always had it drummed into him by his team of doctors (Heartkid) that he should avoid drinking and smoking. Which we remind him of often.

BUT obviously all children will be curious at some stage though. Peer pressure is quite often too much to resist. I know he will try it more than once. I did! We can’t be totally naive about it. I think the important thing is for parents to talk openly with their children and remind them that it is a dangerous habit.

As his parents our message to him (not that we are encouraging it anytime soon!) is to do it in moderation. Be smart. Be safe. TRUST the people you are with so you know they won’t just run off and leave you if something were to happen. Don’t go silly just because everyone else is and most importantly RING US if you need. How bad can the punishment me? We would prefer you alive!

I will be showing him this story tonight just to reiterate the dangers of alcohol. It is always good to be aware.