Article Why this disabled boy was refused on a bus will infuriate you! 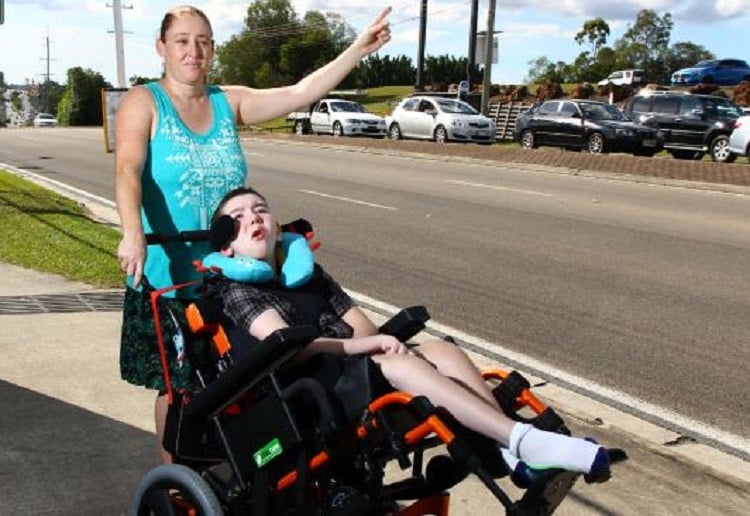 Tammy Clare and her son Ethan were told to wait for another bus after pram users refused to move from the disability seating section.

Even though TransLink protocol states Ethan should have priority of the wheelchair space, the driver still forced the pair to wait for the next bus from Garden City to Lady Cliento Hospital.

Tammy Clare, 35, wants all TransLink services to review their disabled seating policies after the incident, reports The Courier Mail.

“I was angry and frustrated because I think the bus driver should have done more,” Ms Clare said.

“They are only strollers, there wasn’t any baby in the pram and they could have easily folded it up and gone to a regular seat.”

Ethan suffers from Spastic Quadriplegia Cerebral Palsy and he is unable to walk, talk, see, or sit up straight; he requires numerous operations and is fed via a tube to his stomach.

Ms Clare said she feels world is against her after the family’s own disabled access mini-van broke down, beyond repair.

“If it’s not one thing or another, the poor thing he has gone through so much in his life,” she said.

“It is much, much harder now (without our own vehicle), we have to walk and catch three different buses just to get to the hospital appointments.”

The TransLink policy states wheelchair bound passengers have priority of the area, it was up to the driver to ask passengers to move.

“Using discretion, the driver can request a person with a pram or stroller occupying a designated wheelchair space to store it in the luggage area, to allow a person in a wheelchair to travel,” a TransLink spokesman said.