Article Why this toddler called 911 will make you giggle! 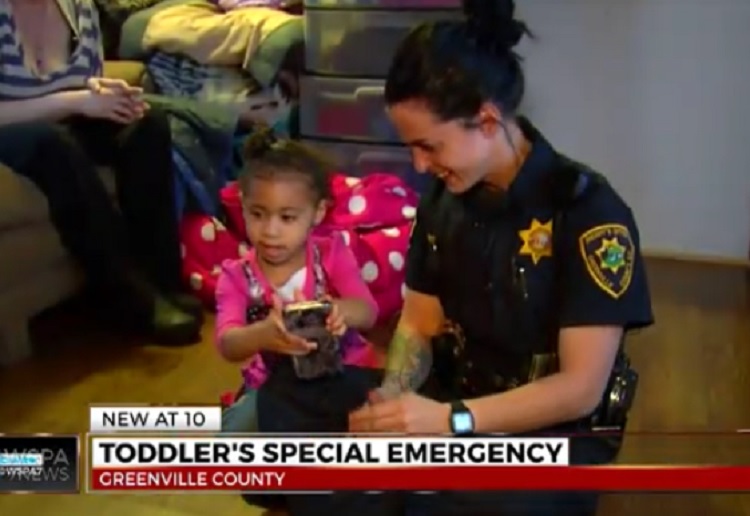 A police officer in the US was left stunned when her investigation of a mysterious 911 call revealed a toddler experiencing a fashion emergency.

9 News reports two-year-old Aliyah Ryan found herself in a tricky situation when she realised she was not able to put her pants on one morning, deciding the only course of action would be to call emergency services.

According to WSPA, after authorities in South Carolina received the 911 hang-up call from what they believed to be a baby or a small child, they sent Deputy Martha Lohnes to assess the situation.

When Deputy Lohnes arrived at Aliyah’s house, the little girl rushed to the door with “half a pant leg on”.

While surprised that this was the outcome of her investigation, the police officer did not hesitate in sitting with Aliyah and helping her put on the rest of her pants.

As a thank you, the toddler rewarded Deputy Lohnes with a hug.

Aliyah’s mother, Pebbles Ryan, was shocked to get a call explaining what had happened while she was at work.

“We’ve pointed out the numbers but it completely surprised me that she actually did it,” Ms Ryan told WSPA.

“I thought it was awesome that at two years old she knew to call 911 at all,” Deputy Lohnes said.

It is understood a family member was at home at the time but did not know the call had been made.

This made me giggle. Clever little girl.