Article Why This Young Girl Was Benched From Her Basketball Team Is CRAZY! 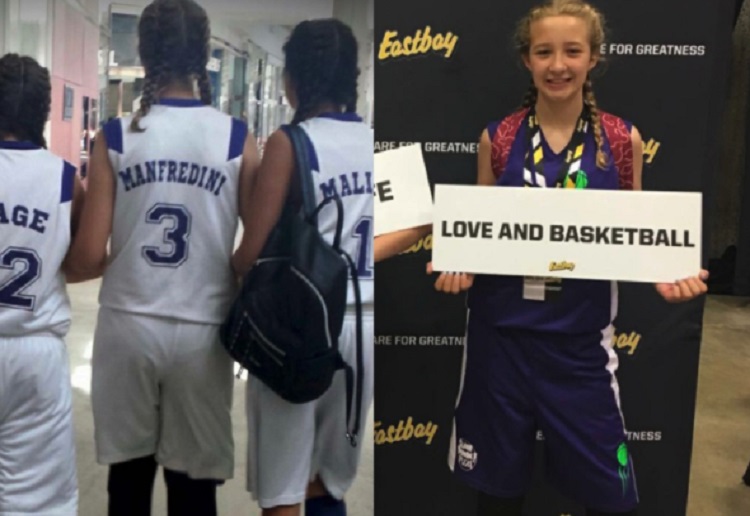 When this young girl refused to wear her team Basketball uniform she was benched from the side.

Rachel Manfredini, 11, stopped wearing dresses altogether due to her height.

The fifth grader became self-conscious about it at school, particularly after years of being told her shorts and dresses don’t meet dress code.

The schools basketball team have a 40-year tradition of requiring students to dress formally on home game days, and for the girls, that means dresses or skirts, not pants, according to Manfredini’s coach.

“I said, ‘Well, you can talk to your coach and I’m sure you can wear a nice outfit that’s not a dress,’” the girl’s mother, Kimberly Schaal, tells Yahoo Lifestyle. She wanted her daughter to be her own advocate, and for the first few games of the year, the coach let her play anyway.

“If she went to school in a dress, she would spend the entire school day feeling self-conscious and uncomfortable,” Schaal explains of her daughter, who still gets teased for her height. “It would distract from her learning. It would bring down her self-esteem.”

On Monday, the team’s coach warned Manfredini that she’d have to sit out Tuesday’s game if she didn’t comply with the rule. So she went to school on Tuesday dressed normally, assuming she’d be benched, and carrying a letter from her mother to the school principal.

“While I understand the notion of it being a symbol of unity for the team, I do not believe that unity can be attained by ostracising players who do not feel comfortable wearing dresses or skirts,” Schaal wrote, asking for the rule to be changed. The school’s athletic director called her that morning to say the rule would remain the same, and if she had further issues she needed to take it up with the school superintendent.

At lunch that day, two basketball coaches and Manfredini’s teacher called the team into a meeting.

“All three of them told the entire girls’ team that being on the team is a privilege, and that if you’re not willing to wear a skirt or a dress to school, then you might as well quit the team,” Schaal recalls. “Rachel was in tears. She was the only student not in a dress, and they were targeting my child because she was standing her ground.”

Her mother brought up the issue at a school board meeting that night, and local ABC affiliate KRCR got wind of the story.

“I believe the news is the only reason they changed their stance,” Schaal says.

School superintendent Doug Geren said that step was unnecessary, and that the whole issue could have been resolved with a phone call, but he met with Schaal on Wednesday and agreed to change the policy.

“We’ve never had an issue with this before,” Geren tells Yahoo. ” It was brought to our attention that the girl didn’t feel comfortable wearing a dress, so we looked at that and said, ‘Well, it’s been a tradition here, but maybe in today’s time it’s a little too restrictive.’ So, we still ask that they wear formal attire but it doesn’t have to be a dress, it can be a nice pair of slacks or something like that.”

“There is nothing she loves more than basketball,” Schaal says. “For her to sit out a game to stand up for what she believes is right is huge, because all she wants is to be out on that court.”