A cryptic message painted on a tree trunk led police to lockdown an area near Kendall. 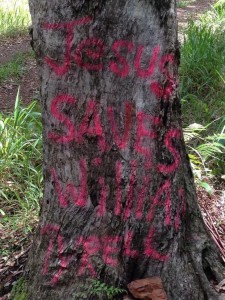 Accompanying the strange text was a jar containing a number of small items placed next to the tree.

The discovery was made by a member of the public driving through bush just 10km from where Spiderman-loving William vanished from his grandmother’s home in September 2014. 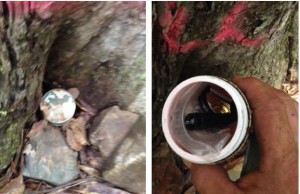 Police at this stage believe the message and jar is part of a “geocaching” game – a global scavenger hunt using GPS technology.

“About 6.30pm yesterday (Sunday 7 February 2016), a member of the public contacted police after a reference to William Tyrrell was found painted on a tree in a state forest near Stewart’s River, about 10km south of Kendall,” NSW Police said via a statement.

“A glass jar with a number of items was located beneath the tree.

“Following inquiries, police have determined the items and painting were a result of ‘geocaching’, an outdoor activity in which participants use GPS coordinates to hide and seek items,” the statement reads.

“Given the circumstances of William’s disappearance, police are disappointed that it has been included in a recreational game. 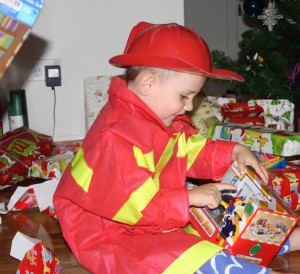 “Police maintain their appeal for anyone with information concerning William’s disappearance to contact Crime Stoppers.”