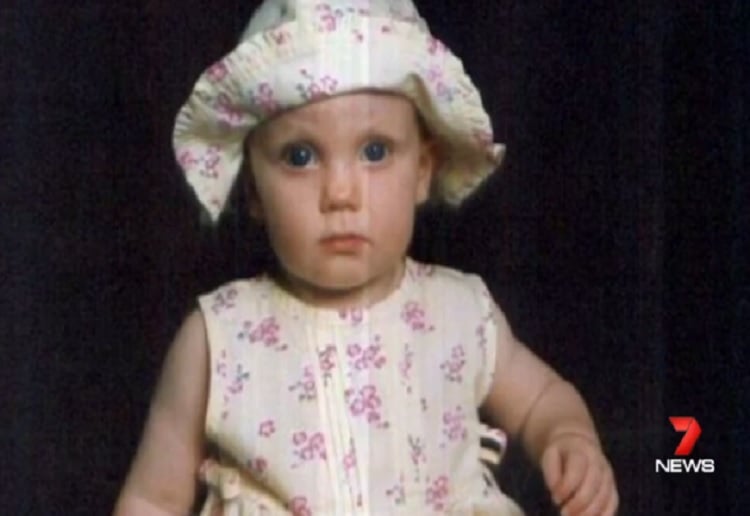 A mother charged with the murder of her baby daughter, allegedly told neighbours she belonged to a witch cult and the child was ‘taken as a sacrifice’.

On Wednesday, 43-year-old Kate Elizabeth Hutchinson was arrested at her Evans Head home.

Police say little Leonie’s future was snatched away by her own mother known as ‘Rainbow’.

Family photos show the little girl, who would be 16 today, was a little ballerina who enjoyed smiling for the camera. 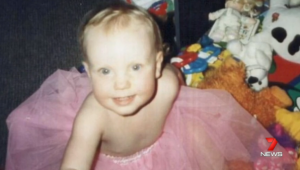 A neighbour, known only as Doug, said Ms Hutchinson claimed she belonged to a witch cult.

“She reckoned her baby, her child was taken as a sacrifice,” he told 7 News.

In 2004 Ms Hutchinson told police and 7 News a different story.

She claimed her daughter was living with friends, but she never said where.

“Well she’s alive and well and she’s growing up wonderfully I’m very proud of her,” Rainbow said in 2004, three years after Leonie’s disappearance.
“She’s safe where she is, they’re wealthy they can afford to protect her.”

In 2013, an inquest heard her mother told a colleague the child was ‘going away’ to stay with friends.

Ms Hutchinson had previously spoken of a “wolfman” who appeared to her and was going to lead her to aliens, according to friend Jessie Ryan.

There is no single record of Leonie’s existence, no school records, no Medicare records and the last time she was immunised was back in October 2001.

It was in the New South Wales town of Scone where Leonie was last seen, in the arms of her mum, picking up clothes from the local Op Shop. That was back in December 2001. 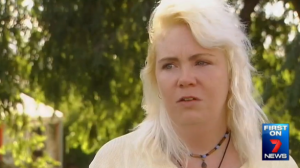 Rainbow has given the same frustrating response to police since January 2004 when the alarm was first raised.

detectives said they had reason to believe Leonie had died and Kate Hutchinson was charged with murder.

She didn’t apply for bail.

On Wednesday her boyfriend told media he was standing by his partner.

For over a decade, mystery has continued to surround the disappearance of Leonie.

It has been 15 years since she was last seen and detectives hope the arrest will refresh someone’s memory.

Strike Force Kanuna was formed to investigate Leonie’s disappearance and there has also been a coronial inquest into her whereabouts.

Detective inspector Tim Seymour has led the investigation and he said he never gave up on Leonie’s case.

We hope the truth is finally uncovered now!