Article Would you let your child listen to Redfoo’s latest song? 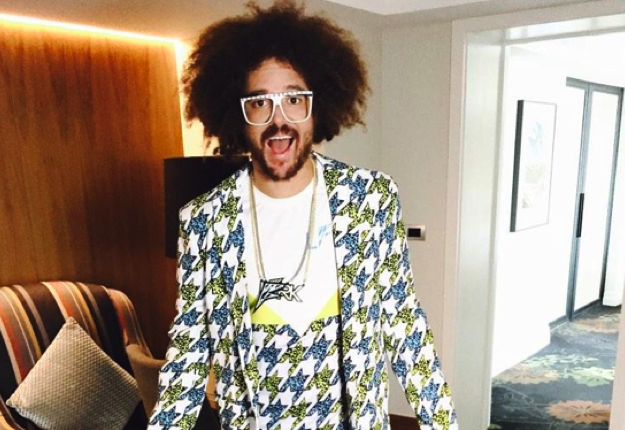 Last week, rapper Redfoo released his latest single Literally I Can’t on YouTube, but to say it wasn’t well received would be an understatement.

The song, which was produced by duo Playz-n-Skillz and features rappers Lil’ Jon and Enertia McFly, was subjected to huge online backlash for trying to transform women “one at a time into girls gone wild.”

The song’s accompanying video is set in a frat house and follows a group of sorority girls who are being pressured into drinking and dancing. When the women respond to the rappers’ advances with the words “Literally I Can’t” they are told to “Shut the (beep) up.”

Redfoo’s involvement has been condemned by both media and fans alike, after he appears in the second verse singing “You got a big ol’ butt, I can tell by the way you walkin’. But you an annoying (beep), because you’re talking,” with Ninemsn’s The Fix announcing via an open letter that it will now enforce a blanket ban on any content relating to Redfoo.

Many have been left wondering what the women in his life think of his misogynistic behaviour, including his mother Nancy Leiviska, a music writer who worked with names such as The Commodores and Marvin Gaye, his fellow X Factor judges Danni Minogue and Natalie Bassingthwaite, his female agent Karen Griffin, or this year’s winner of the X Factor, 15-year-old Marlisa Punzalan.

Redfoo has responded to the criticism by Tweeting “Another example of critics victimising an artist by purposely misinterpreting his/her work to support a pre-existing agenda #LiterallyICant”, however his job on the X Factor is in jeopardy as it appears Channel 7 is concerned what effect the sexist and derogatory song will have on the image of the show, as well as his legion of young fans.

So it begs the question- Would you let your child listen to Literally I Can’t? Or has Redfoo gone too far this time?