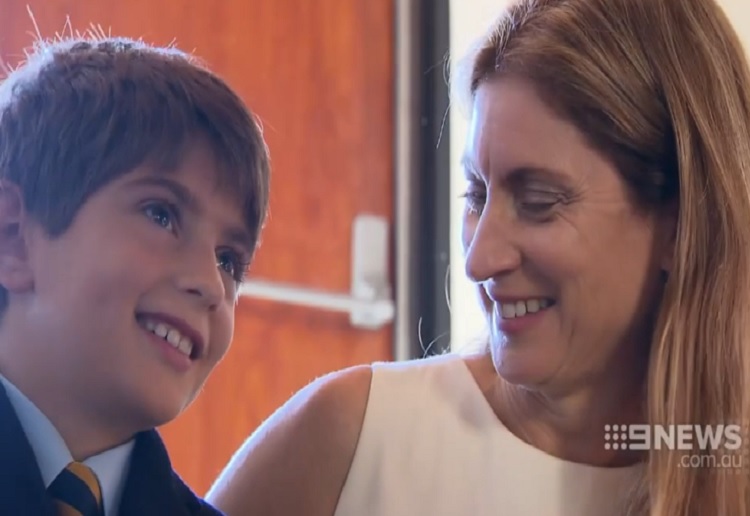 Noah Mattani’s mother Nicole was driving him to swimming lessons on the North Shore when she began to feel unwell and had difficulty speaking, 9 News reports.

With her condition deteriorating, Noah called his father, who then dialled triple zero.

Noah was connected with the ambulance operator, calmly answering her queries while he waited for help to arrive.

“Can you ask mum to smile.”

Noah asked his mum and replied – “Not really.”

“Can mummy raise both arms above her head?.”

Noah replied – “She can only put one arm up.”

“Mum, Can you hear the sirens?” he asked.

Nicole was suffering a stroke.

The boy was also asked to turn on the car’s hazard lights to assist paramedics in finding them.

A paramedic has praised Noah for his helpfulness with guiding the call-taker and for assisting the ambulance officers upon arrival.

He was presented with a “triple zero hero” award in front of his classmates at Scots College today.

Perhaps the person most proud of Noah however is mother Nicole.

“He was my little champion,” she said.

What a brave boy!