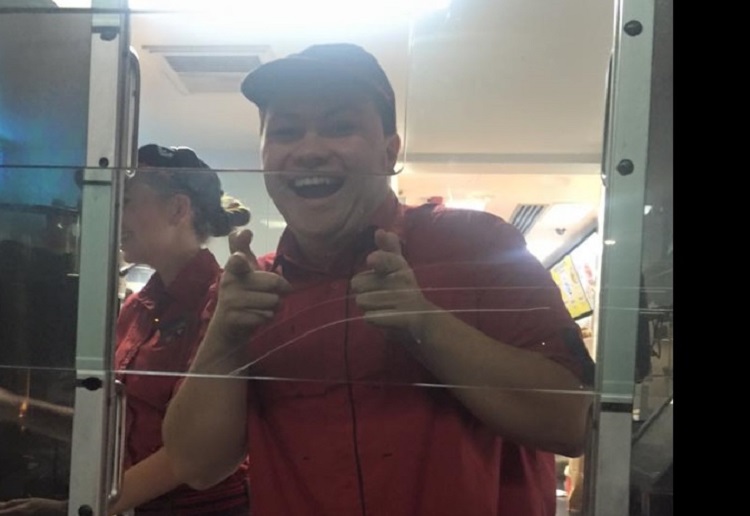 McDonald’s worker brought mum to tears with a kind-hearted act.

Danica Rodwell took to Facebook saying she had ordered her meal and then realised she did not have enough money to cover the food when she reached the checkout. The young worker did not move her on, instead Danica said the young man at the Chinderah restaurant “restored her faith” in “good people” after a long day house hunting. 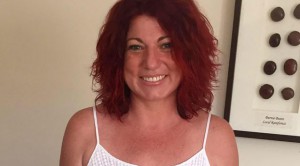 “I am broke, exhausted, stressed beyond words and trying to scramble together a few dollars for my boys dinner on the long drive home,” Danica Rodwell posted on Facebook. 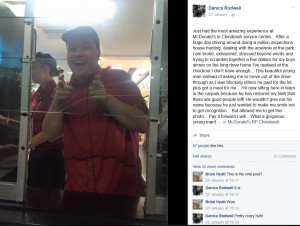 “Instead of asking me to move out of the drive through as I was blocking others he paid for the lot plus got a meal for me.

“I’m now sitting here in tears in the carpark because he has restored my faith that there are good people left!”

Her post also contained a photo of the young man to acknowledge his kind act, because he would not share his name with her.

“He wouldn’t give me his name because he just wanted to make me smile not to get recognition,” said wrote.

“Pay it forward I will… What a gorgeous young man!”

One of his colleagues at the fast-food outlet, shift-assistant Joy Dempster, said she is not surprised he helped Danica out as he always puts other’s needs before his own.

“He is always such a kind-hearted person,” said Joy Dempster.

The boy has since been identified as 16-year-old Kingscliff High student Liam Hourihan.

One of Liam’s teachers backed up the ringing endorsement, sharing Ms Rodwell’s the post with the caption: “He is indeed an amazing young man and an awesome student!”

But the teacher says Liam is “a little surprised at how viral it’s gone”.

What a beautiful soul and full praise to his parents too. Amazing story!