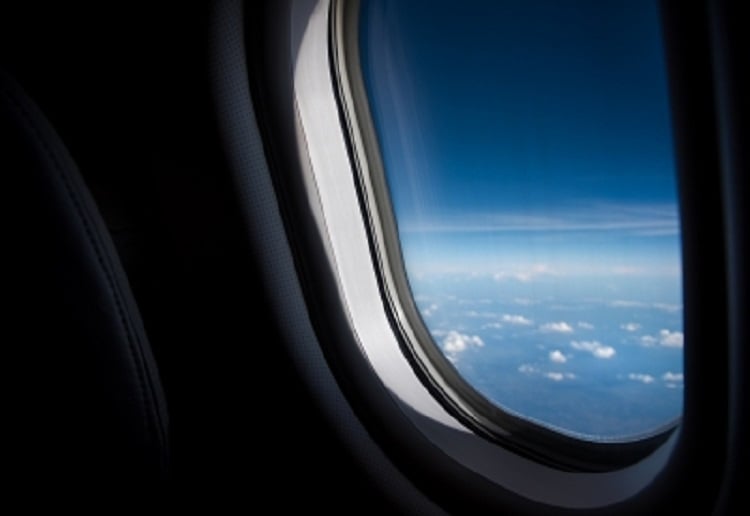 Teen suffered “30 minutes of hell” on a flight back home after visiting her dad.

The young girl was flying home after visiting her father, as an unaccompanied minor she boarded the flight first.

A man, wearing headphones and, according to reports talking to himself, sat down in his assigned seat, 21-B, the one right next to the girl.

Flight attendants offered him an alternative seat on the half empty flight, one with more room and not right next to an unaccompanied young girl.

When a flight attendant returned for the drink service a half hour later, she realised exactly why Chad Cameron Camp, 26, had wanted to remain there.

She claims his hand was in the teenager’s crotch.

The flight attendant stated in a criminal complaint against Camp that she saw “a single tear coming down the victim’s cheek.”

The girl had been silent for 30 minutes enduring “hell.”

The Washington Post reports that when Camp exited the plane, he was arrested and charged with abusive sexual contact.

“Each time he turned the page he used his elbow to brush up against the victim’s shoulder and upper arm area. The victim attempted to move away from Camp’s physical contact, and each time she withdrew, he would laugh,” the complaint states. “After finishing with the magazine, Camp leaned toward the victim to place the magazine in the seat pocket in front of the victim. Camp instead dropped the magazine on the victim’s shoes.”

Later, while pretending to look out the window, Camp leaned across the girl again, putting his face just inches from hers, the complaint continues.

When the girl declined Camp’s offer to share his headphones, he allegedly threw them in her lap.

Camp then repeatedly placed his hand on the girl’s knee and upper thigh, according to the complaint.

“She had to push his hand off of her and cross her legs,” Goodfellow told The Post.

“What are you doing?” she asked him. But Camp just laughed and did it again, according to the complaint.

“She was frightened and trapped,” the complaint says.

“She was touched over 15 times,” Goodfellow said.

The incident only stopped when a female flight attendant came by to serve drinks and spotted Camp’s hand on the girl’s crotch, according to the complaint.

That’s also when the flight attendant noticed that the girl was crying.

“This was 30 minutes of hell for this young lady,” said Brent Goodfellow, a lawyer representing the girl, who scoffed at the idea that his client had been saved by a heroic flight attendant.

“If I have my tray table down or my seat back two inches during the improper time, those guys are going to be on me immediately,” Goodfellow told The Post. “This girl got abused for 30 minutes and no one was to be found.”

Not only did the airline fail to protect her, he said, but American Airlines also charged the girl’s family extra to let her travel alone.

“The family paid $300 extra and this is what they get?” he said, adding that his clients are “absolutely going to sue the airline.”

“She is already saying she doesn’t want to be on an airplane ever again,” Brent Goodfellow said “I sat with the family for about three hours … she didn’t want to be touched by her mom, every time she went to give her kind of a loving touch she would jump.”

American Airlines said it takes “these matters very seriously” and is fully cooperating with law enforcement.

“American cares deeply about our young passengers and is committed to providing a safe and pleasant travel experience for them,” the airline said in a statement to CNN.