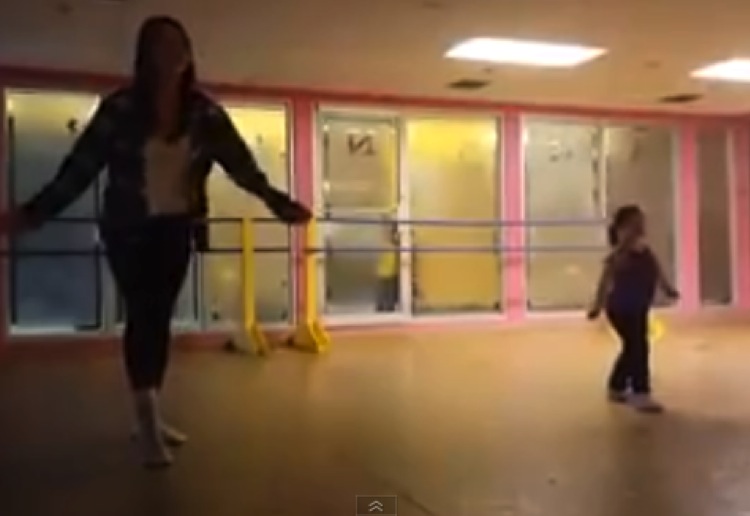 Ana Malaniuk was just a 6 year old girl who wanted to dance, a little girl with down syndrome, who wanted her opportunity to shine.

She was rejected from one dance studio for not meeting their “standards”, but Ana’s family didn’t let that stop her finding a studio where she was accepted and could pursue her passion for dancing.

Ana has joined Amanda’s Academy of Dance, where her mother says “She’s met so many friends. Her confidence has grown hugely and she just loves it…to see her on the stage, to see her with the teachers, to see her happy… It’s amazing to see that people are willing to give her a chance.”

The Canadian Down Syndrom Society shared Ana’s mother’s video of Ana dancing and it’s gone viral. In the video Ana dances to Walk the Moon’s “Shut Up and Dance” and Whitney Houston’s “I Wanna Dance With Somebody” — clearly showing the world she’s more than capable of lighting up the dance floor.

Ana is the latest girl with down syndrome showing the world that they are capable of anything and hopefully making people more accepting.

What do you think of lovely Ana? Please share your thoughts in the comments below.