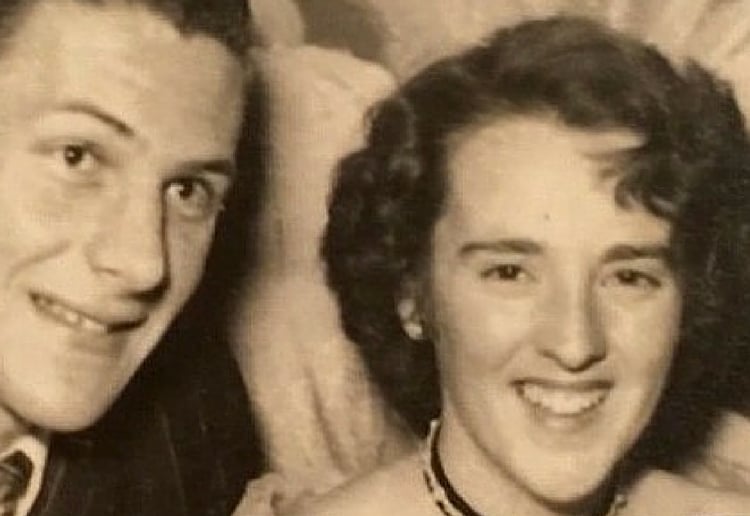 65 years after first falling in love, a couple who dated in the 1950s have finally gotten married.

According to Nine News, John Porter, 87, and his wife Gwenda Levy, 86, met in Sydney when they were 19 and 20 and dated for a couple of years.

Going their separate ways, the pair moved on with their independent lives and went on to marry different people, live in different states and have four children each with their new partners.

‘I thought it was all over when it was over but he didn’t,’ Ms Levy told Nine News about her new husband.

The couple rekindled their relationship through old school letters after both of their respective partners died from dementia.

Ms Levy said she was surprised when she received a letter from Mr Porter after so many years.

“When I saw the name on the back of the envelope – John Porter – I thought ‘ooh that’s nice’,” she said.”The next thought that came to me was, ‘You don’t stop loving people just because they’re not around’.”

In January, Mr Porter flew to visit Ms Levy and said he realised very quickly that their bond had not changed.

Their wedding was a true celebration when it was held this week, with all of the couple’s eight children showing their support and love.

Dyan, Mr Porter’s daughter told Nine News that their relationship was as if they had been together the whole time.

Mr Porter will move to Sydney today to begin the couple’s new married life together.