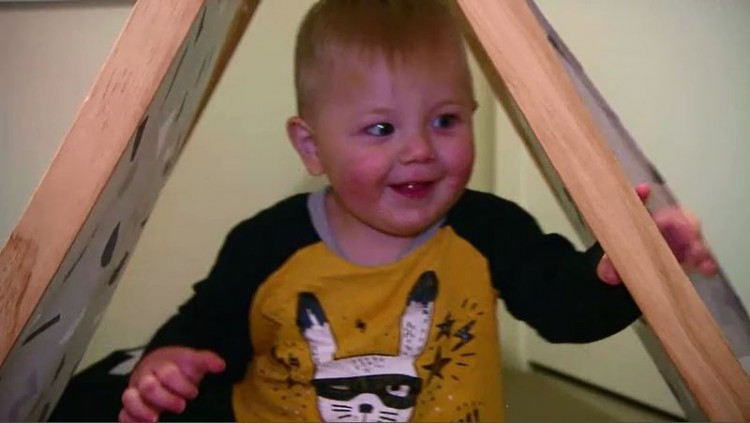 A trip to hospital after a fall nearly cost baby Declan Campbell his life.

Declan fell from his cot one lunch time in February and received a lump on the head. So big was the lump and so worried was his mother, Jessica Newsome, that she took him to Nepean Hospital’s emergency department, in Sydney’s west, reports 9 news.

He was seen immediately by staff who advised a CT scan was needed. But Declan’s age also meant he needed to be sedated.

A doctor injected him using the wrong syringe, making Declan’s lips turn blue and he struggled to breathe.

“He was just limp. He was just nothing. He went straight pale. I said to the doctor ‘something’s wrong’. He just picked the kid up and ran.”

Declan stopped breathing for 90 seconds, and Ms Newsome watched as they carried her little boy and placed him on a metal tray.

What went wrong is marked on the child’s discharge papers: “In emergency, ED doctor accidentally administered 12mg of intravenous Suxamethonium instead of administering 12mg of Ketamine to child.”

The hospital apologised to the couple at the time and said they would launch a full investigation into how the mistake occurred.

“While the baby was in the emergency department, the treating doctor apologised for the mistake and provided full disclosure, explaining to the parents what had happened and a social worker provided support to the parents,” Nepean Hospital’s director of medical services, Dr Peter Thomas, told 9NEWS.