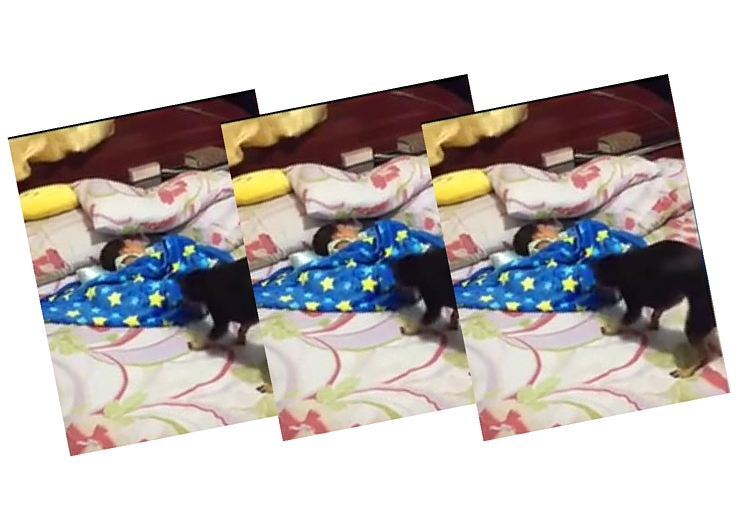 Adorable footage of a dog tucking in her new baby family member in for a nap has gone viral online.

The clever dog is featured in a 30 second clip, was originally uploaded to Viral Hog and has also been shared on YouTube.  The short clip shows the loving pup working hard tucking in the baby to ensure they were completely covered and secure.

Filmed by the child’s mother, the video begins with the child sleeping unwrapped on top of blanket on the mother’s bed.  The tiny black and tan pup is then seen using her nose to flip the blue blanket over the babe’s legs and front – literally tucking in the child.

The little dog does not stop moving until the baby is completely covered by the blanket, and the young boy does not stir while the miniature pinscher tucks him in.

Since being posted online, the short video, which is believed to have been taken in Spain, has already received more than 200 views and comments.

The many visible comments about the video centre on if the dog was trained to tuck in the child or was acting on maternal style instincts.