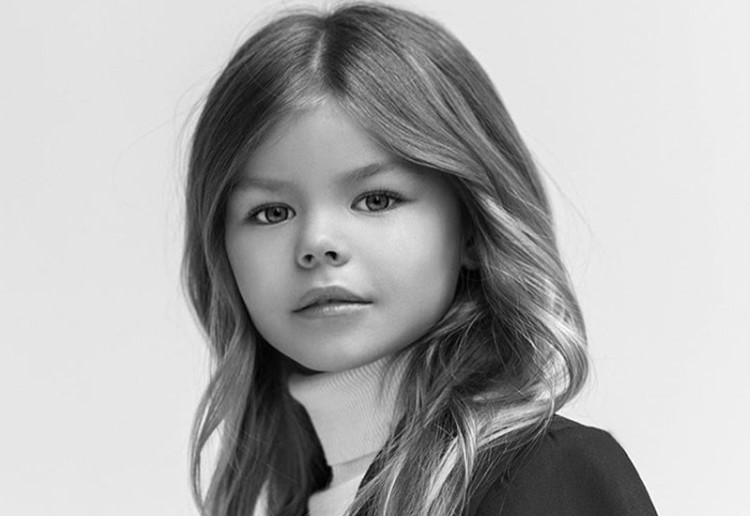 This is the face of Alina Yakupova a six year old model, from Russia. The young girl has been dubbed ‘the most beautiful girl in the world’. At six-years-old. Six.

In a fast paced world where beauty seems to be everything, this young model seemingly has the world at her feet. Her first foray into the modelling world began at just 4-years-old, staring in ad campaigns for Gloria Jeans and children’s high end fashion brands, Monnalisa Kids and Yudashkin Kids and now the youngster has a social media following of over 27,000.

The Moscow 6-year-old has recently been featured in Grazia and InStyle magazines.

Alina has a manager who according to news.com.au recently stated “I’m sure that the secret of Alina’s success lies not only in her unearthly beauty, but also in hard work and constant self-development, despite her young age.”

It seems so over the top to have such a young girl being talked about in the modelling world, and of course, now via mainstream media.

What do you think of modelling at such a young age? Is it OK, or should we not promote children in a modelling world when they’re so little? SHARE your thoughts with us in the comments below.