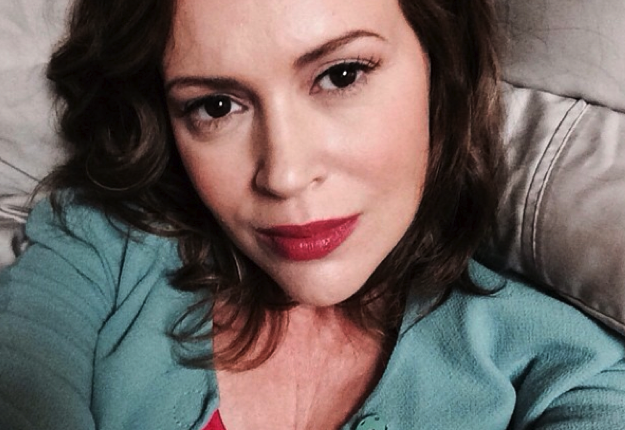 Alyssa Milano and Wendy Williams went head to head over breastfeeding in an interview this week.

Appearing on The Wendy Williams Show Alyssa found herself defending breastfeeding after Wendy brooched the topic that Alyssa has stirred up controversy sharing breastfeeding photos on Instagram.

“I was surprised by the reaction and I was surprised that I then was then put in this position of being a breastfeeding advocate — which I love, and I take that job with a lot of responsibility,” Milano, a mum of two, explained.

“But it was kind of shocking that [people] were so opinionated about something that’s supposed to be so incredibly natural.”

Wendy then expressed her opinion on the matter.

“I don’t need to see that — I just don’t want to,” Williams said. “I would go to the car [to breastfeed], not on the bench in the front of the big-box store.”

Alyssa replied “why is it OK to show that picture of Miley Cyrus sporting suspenders over her breasts.”

“So for you, maybe you’ve sexualised breasts, where [Cyrus’ outfit from last year’s VMAs] is OK,” Milano pressed Williams.

Williams, 51, agreed, also admitting that she wasn’t sure where her stance had come from.

“I don’t know why I feel this way. I just feel like … I’m a mum also, breastfeeding is only a particular amount of time. The rest of the life your breasts are sexual things.”

Alyssa finished with “You’re  lucky the baby’s not here, I’d whip them out and feed right here on your show!”