Article And Then There Were 9… Sextuplets Finally Home! 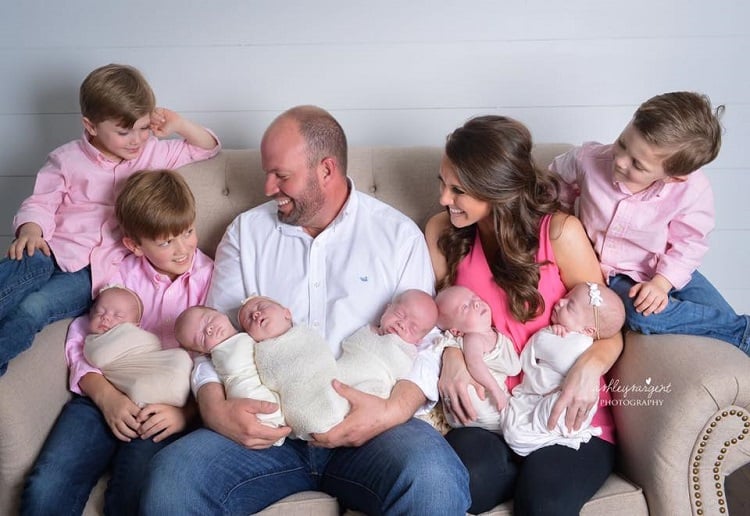 Courtney and Eric Waldrop, 35, became the parents of nine after giving birth to sextuplets, three boys and three girls – adding to their three older sons.

The babies were born on December 13 2017 at just under 30 weeks and weighed less than 3 pounds each.

It took a team of nearly 40 medical specialists to deliver the newborns via C-section at Huntsville Hospital for Women and Children.

The boys’ names are Tag, Layke and Blu, and the girls’ names are Rivers, Rawlings and Rayne.

Courtney Waldrop said the most difficult part of her high-risk pregnancy was not being able to give her three older kids the amount of attention they were used to.

“It was really nothing else than just the challenge of trying to be still a good mom for them and grow these six babies and get them where they needed to be,” she said.

Now Blu, Layke, Rawlings, Rayne, Tag and Rivers are home safe and sound with their new family after staying at the hospital to grow and get stronger.

“If there is ever to be a greater family than the infamous Pearson Family from This Is Us… I dare to say… it’s the Waldrops,” Sargent wrote on her Facebook page.
“Let me tell you about this family… they are strong, they are resilient, and they are the absolute most positive family you’ll ever meet.”