Article Angelina brings the tears – and Maddox! – to the early Oscars 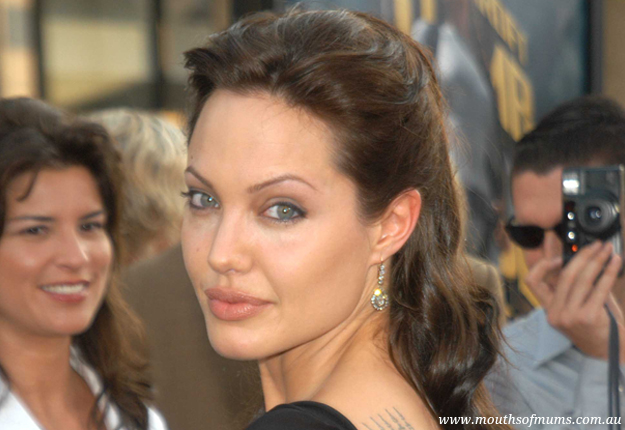 Angelina Jolie moved many to tears on Nov. 16 when she received an honorary Oscar for the Jean Hersholt Humanitarian Award at the Governors Awards in Hollywood.

Accepting her second gold statuette (she won for Girl, Interrupted in 2000), Jolie paid moving tribute to her mother, Marcheline Bertrand, who died of cancer in 2007 at the age of 56.

“She did give me love and confidence, and above all, she was very clear that nothing would mean anything if I didn’t have a life of use to others,” she said. “It was only when I began to travel that I understood my responsibility to others.

“When I met survivors of wars and famine, and rape, I learned what life is like for most people in this world and how fortunate I was to have food to eat, a roof above my head, a safe place to live and the joy of having my family safe and healthy,” said Jolie, a special envoy for the United Nations Refugee Agency.

“I realised how sheltered I had been and I was determined never to be that way again.”

Among the 600-strong crowd of Hollywood heavyweights were her fiance, Brad Pitt, who turns 50 on Dec. 18, and Maddox, the eldest of their six kids. Jolie adopted Maddox as a baby from Cambodia and set up the charitable Maddox Jolie-Pitt Foundation in his name. Now, at 12, Maddox is up to his parents’ shoulders and looked handsome and confident in his dinner suit.

“Mad, I’m not gonna cry, I promise. I won’t embarrass you,” said his mother from the podium. “You and your brothers and your sisters are my happiness. And there is no greater honour in this world than being your mom.”