Article Another royal baby is on the way! 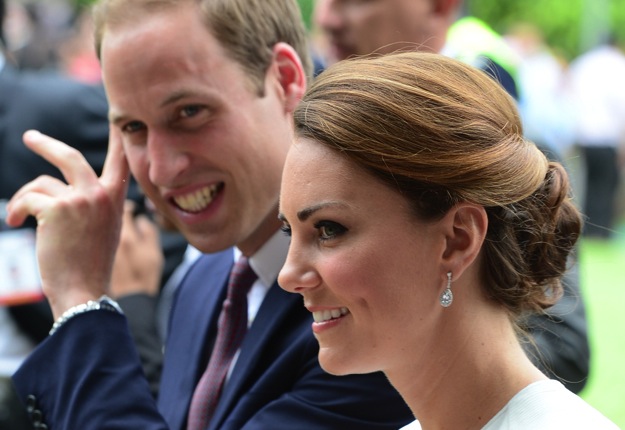 Great news from Buckingham Palace came on Sept. 8 – Prince William and his wife Kate are expecting another baby!

But as with her pregnancy with Prince George, 1, Kate is under medical care with acute morning sickness.

“The Queen and members of both families are delighted with the news.”

However, “As with her first pregnancy, The Duchess is suffering from hyperemesis gravidarum … The Duchess is being treated by doctors at Kensington Palace.”

The Palace is now reviewing her upcoming engagements, including a trip to Malta which was scheduled for later this month. The Duchess is thought to be about eight weeks along.

“The likelihood is that Kate is not going to be up to the trip,” a source told Vanity Fair. She was had also been planning to attend Prince Harry’s Invictus Games for wounded soldiers.

Kate and William, both 32, were recently spotted on a low-key date night in Norfolk, having a quiet pub dinner without baby George. Kate seemed to be enjoying what looked like a white-wine spritzer.

As Prince William attended a function in Oxford the day of the announcement without his unwell wife, he accepted gifts for his wife and baby son. William was all smiles and “was really great with the children,” said Stuart McPherson, whose daughter William crouched down to chat to.

Soon-to-be Uncle of two Prince Harry couldn’t resist a dig at his older brother, telling onlookers at the Invictus Games that he was looking forward to seeing his brother ‘suffer’ more, adding that if their second child was a girl, he would ‘love to see him try and cope with that’.

As for how Prince George will likely react to his little sibling, if his first public engagement in New Zealand was anything to go by when he sat on the floor and grabbed toys from other babies, he will be the boss of every play session.

Grant Collinge, who was there with his wife and son Lucas, said: “George is bubbly, quite feisty and he took control. He crawled to the centre of the room and he owned the place. He honed in on certain toys and took the ones that he wanted. No-one was going to stand in his way!” Watch out, baby …
Main image courtesy of Shutterstock.com