Article Another royal baby on the way! 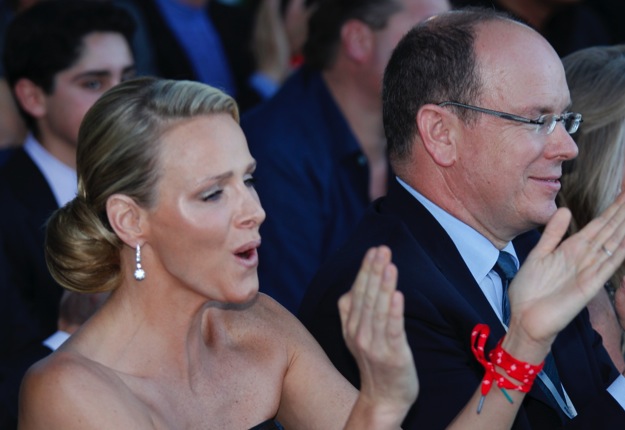 Good news emerged from the Prince of Monaco’s Palace on May 30 – another royal baby is on the way!

“Prince Albert and Princess Charlene have the immense joy to announce they are expecting a happy event,” read a statement. “The birth is due at the end of the year.”

An unconfirmed report from Germany swiftly emerged that, at 36, she’s expecting twins! The report claims she told her father who has spread the word. The palace has not commented on the report.

Bearing in mind, of course, that not all fairytales are happy – she was nicknamed ‘the Hostage Bride’ by the press after reports of her being stopped trying to flee just before the wedding and that an arrangement was made for her to go through with it.

Her unstoppable tears throughout the ceremony didn’t help those tales, but last July she called the speculation “categorical lies” and said, “Everything was just so overwhelming and there were all the mixed emotions because of the rumours, and obviously the tension built up and I burst into tears.

She also said she wanted to start a family (which is the understanding with every royal wedding, after all). “Now I’m settled and I think kids will come. I don’t put any pressure on myself,” she told South African newspaper Sunday World. “If it happens, it happens.”

She called her husband “my biggest support, the person that I confide in and who knows me best.”

Her child (or children) will replace Albert’s sister Caroline as heir to the principality. While it’s her first, it will be Prince Albert’s third. He has two children from previous unmarried relationships, 22-year-old daughter Jazmin Grace Grimaldi, and ten-year-old son Alexandre Coste.

The Grimaldi family, stalwarts and rulers of the tiny principality since 1297, have recently spoken out against Nicole Kidman’s new film depicting a chapter in the relationship between their glamorous parents, Prince Rainier and Princess Grace – the former actress who famously died in a car accident in 1982.