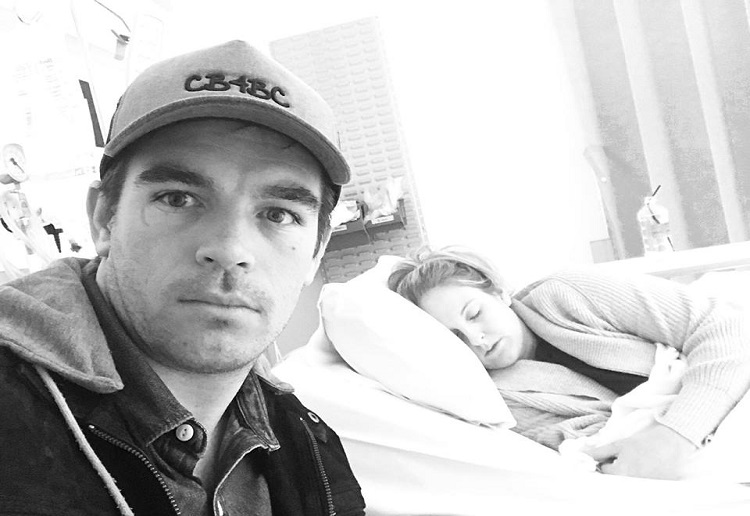 When a dad blogger shared his concerns for his pregnant wife after she suffered a reaction to the flu shot he did not expect the antivaxxers to take the opportunity to preach.

Brad from DadMum last week shared how his wife Sarah had unfortunately ended up in hospital just hours after having her flu vaccine.

“We had a bit of a scare last night.

From an “I need you to leave work early” to an “I can’t let you leave here unless you’re going straight to the hospital” from the doc, to an overnight admission from Emergency.

We think it was a reaction from earlier in the day. They did an ultrasound to make sure our little man was all good.

As he started the scan we could clearly see limbs moving on the screen. It was obvious that everything was fine and this was more about mumma being sick. We said thank you.

I think there’s something about being a nurse or doctor that makes them just know what to do to really make you feel better.

Even when you didn’t know you needed it.

After admitting he wasn’t a professional at ultrasounds he stubbornly spent the next 5 minutes refusing to give up until he located and watched her listen to that heart beat.

As it came in the screen the nurse with him made the biggest deal. At the top of her lungs she said “how cool is that” as if it were the first time she’d seen it. It made a shitty night not so shitty!

I think it takes a special person to do what they do. To work through the night and show compassion to absolute strangers day after day, night after night. In a world where we like to complain about a bunch of shit all the time… don’t ever forget how lucky we actually are in some parts.

Mumma’s all rested and bubba is fine.”

The next post from Brad was quite shocking to read

He shared how some people chose his post about Sarah as a catalyst to push their pro-vax or anti-vax agenda.

Brad wrote, “How f#@ked up is the parenting internet…

“I posted that (my wife) Sarah was admitted to hospital and that we had a little scare.

“She reacted to the flu jab. She also reacts to codeine, penacillin, full-cream milk, dirty bench tops and clothes on the floor.

“We finished our next episode on Netflix only for Sarah to call me an idiot as she read the post and comments. Women were posting article links from people without titles, tagging their posse for back-up and copy-pasting sentences from their last Wikipedia search in the hopes of proving the other side wrong about vaccinations once and for all.

Well guess what… they looked stupid

“These were supposed to be the same “grown ups” that spend the other half of their time whinging about bullying and advocating positivity.

“It was disgusting, watching grown ass women fight when they should have seen a pregnant woman in hospital and thought “I’m glad she’s okay”.

“who preach about village bullshit and then tear each other to shreds over their choice to eat the berries or not;

“who could have seen something they disagreed with and just scrolled on;

“who completely missed the fact that another woman commenting had just experienced loss and was brave enough to share her story with the rest of us;

“and who still thought it necessary to message me after and call me a hypocrite for deleting their comments because my cover photo says “speak, even if your voice shakes”

“Ab-so-fucking-lutely I will delete you and your petty bullshit every damn time. There’s a difference between speaking up and speaking out of line.

Last week we shared three main benefits to being vaccinated against the flu during pregnancy – read more here.