Article Appeal for public assistance after suspicious death of toddler

Detectives investigating the suspicious death of a 21-month-old boy at a home in Caboolture South last month are appealing for public assistance as inquiries into the case continue.

Mason Jet Lee was located deceased at a Deanne Court residence around 12.30am on June 11. 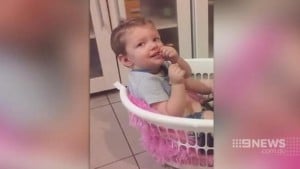 “Post mortem results have indicated that the death was unlikely to have been as a result of an accident and as such we are continuing to treat it as suspicious,” Detective Acting Inspector Fadian said.

“Mason suffered severe injuries and may have been sick for a number of days or even weeks prior to his death.

“The death of any child is always tragic but this is a particularly distressing case where a young child has suffered horrific injuries.

“Our team of detectives are determined to complete a robust and exhaustive investigation and are continuing to appeal for anyone with information which could assist us to come forward.”

“It hurts so bad, that I just, I can’t understand it,” his mother Ann-Maree Lee told 7News.

“He was just so beautiful he was, so gentle.”

Act Insp Fadian said Mason’s injuries appeared to have been inflicted over a sustained period of time.

He said the toddler would have experienced lethargy, vomiting and general unwellness prior to his death and urged anyone with information to come forward.
“We’re trying piece together not only what happened on that night but also in the months leading up to Mason’s death,” he said.

“We need to know if he was harmed, sick or injured any time this year.”

Act Insp Fadian said investigators had interviewed up to 40 witnesses as part of their homicide investigation but were keeping an open mind.

Anyone with information is urged to contact Crime Stoppers.

Anyone with information which could assist with this matter should contact Crime Stoppers anonymously via 1800 333 000 or crimestoppers.com.au 24hrs a day.