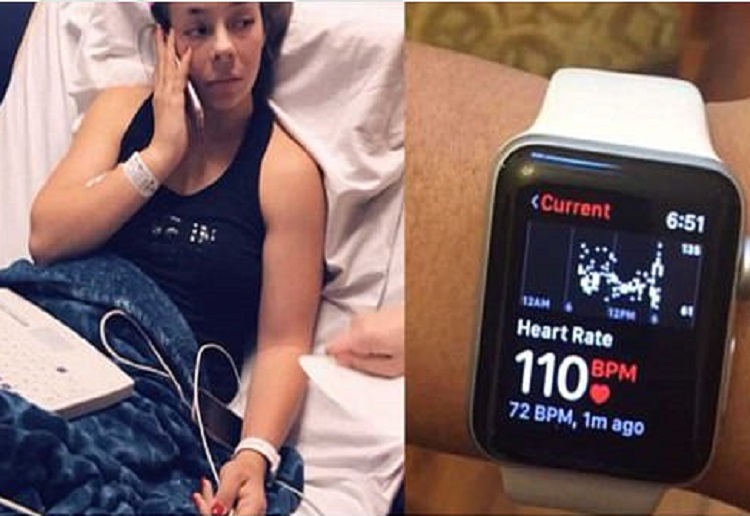 Deanna Recktenwald, 18, was sitting in Church in her hometown of Florida, on April 22 when her watch advised her to ‘seek medical attention’ because her heart rate was spiking, shares Daily Mail.

Her mother, Stacey, a registered nurse, took her daughter’s pulse and realized the watch was right so the family rushed to the emergency room about 10 miles away from the church.

‘It was scary because she was just sitting there. She wasn’t doing anything. It wasn’t like she was running around. She was just standing there and it spiked up to 190,’ Stacey told ABC News.

Her kidneys were only functioning at 20 percent and she was diagnosed with chronic kidney disease. Deanna stayed in the hospital for three days.

It was a shocking discovering for the teenager who, both a gymnast and a cheerleader, seemed like the picture-perfect idea of health and had no symptoms signaling that anything was wrong.

‘The only symptom that I had was that I was out of breath from walking and standing and sitting so it kind of didn’t make much sense,’ Deanna told the station.

According to Apple, the Heart Rate app can measure heart rate during resting, walking, workout, recovery and breathe sessions.