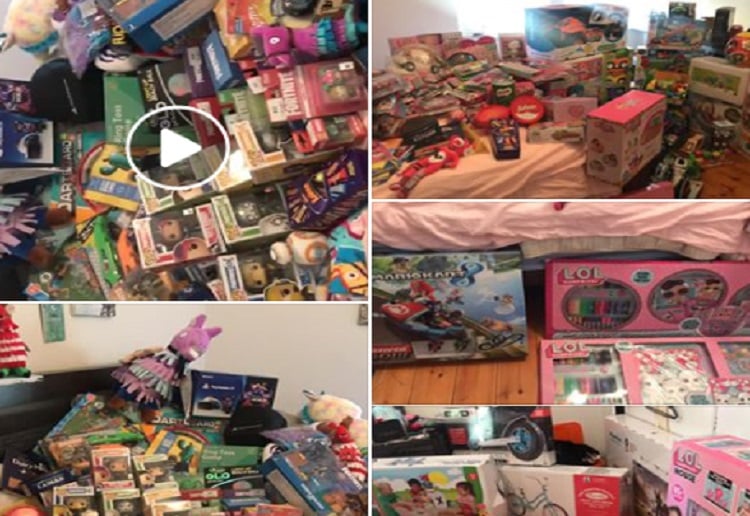 An Australian mother has shocked the internet by revealing the endless Christmas presents she has bought for her three young children.

Kristy Nowak stored the gifts across 14 cupboards in the family home, including bikes, video games and stuffed toys.

They were bought over five months and when placed together, almost filled an entire room, shares Daily Mail.

The haul is estimated to have cost the mother $3,000 Australian dollars.

Some users of a mother’s Facebook group expressed their shock at the ‘amazing’ Christmas present haul – while others questioned whether she had gone too far. 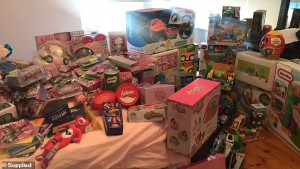 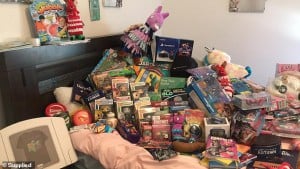 Kristy shared the video and pictures of the Christmas haul to a mother’s group, saying: ‘Finally emptied my Christmas cupboards to see what I’ve collected over the last few months… did I mention that I LOATHE wrapping presents.

‘Super grateful to have all this for my three crotch demons but f**k.’

However, some were quick to criticise her for her extreme present haul.

‘Oh dear… a bit much. I’d be saving for some birthdays,’ shared one, while another stated ‘that’s ridiculous’.

But Kristy was quick to silence the haters, stating she wouldn’t let society ‘guilt trip’ her for showering her children in gifts.

‘Society will try let you believe there is [something wrong with spoiling your kids] or try guilt trip you for it [sic],’ she said.