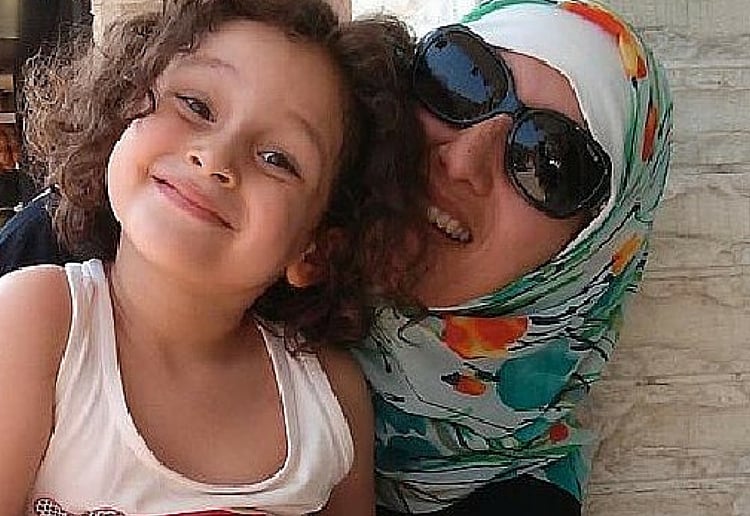 A Melbourne mum and her daughter have returned to Australia after being prevented from leaving Egypt for the last three years by a secret travel ban imposed by the girl’s father.

Amaal Yasmin Finn, 37, and her seven-year-old daughter Zareen had been trapped in Egypt since the child’s Egyptian-born father, Mazen Hassan Baioumy, had the ban imposed in 2013.

Ms Finn has said she was tricked into signing documents by Mr Baioumy that she believed would grant her Egyptian residency.  The documents were written in Arabic, which Ms Finn was unable to read.

Instead the ban with Zareen’s name registered on an official immigration list came into existence, preventing the child from leaving the country with her mother.

After almost three years of legal action, an Egyptian appeals court handed down its verdict on February 24 clearing the way for the child to leave Egypt.

The mother and daughter were able to travel last night after waiting a further month for the court decision to be implemented.  They returned to Melbourne on Friday.

Ms Finn said that the court’s verdict came as a surprise after so many disappointments.

“At the very least I was expecting another [court] session after a month, but [the lawyer] said; ‘that’s it — it’s been lifted’, and I couldn’t believe it. It was a huge relief,” she said.

Ms Finn had said she had lived in constant fear for her life and the anxiety family members of Mr Baioumy would attempt to kidnap Zareen.

After the court verdict, Mr Baioumy, who has been living in Australia, had his brother attempt to have the ban re imposed, but the bid was rejected by the court.

In 2013, a Family Court judge allowed Mr Baioumy to be identified and a photo to be made public in hope of helping the AFP locate his whereabouts.

More than 47,000 people signed a petition calling for Prime Minister Malcolm Turnbull to intervene in the case.