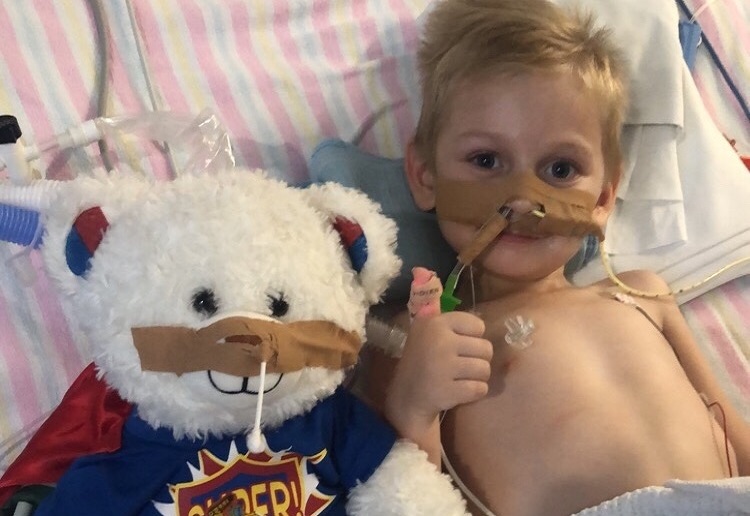 Aussie toddler will spend the next six months in intensive care after common cold turned into a ‘polio-like’ disease.

In mid-April, three-year-old Jacob, from the NSW Central Coast started feeling achy and had a temperature, which his mother Sheryn James assumed was just a cold, shares Daily Mail.

Ms James ‘didn’t think anything of it’ and when she gave him Panadol and he started to feel better, he was running around the house playing with his father in no time.

But the family’s world was turned upside down when Jacob’s parents noticed he had no control over his left arm, which was paralysed with no movement at all.

Jacob’s parents then rushed him to Gosford Hospital’s emergency department, where an MRI showed that his spine was swollen.

Mrs James told Daily Mail Australia that despite knowing about the swelling, the family planned to be home by Easter.

He was transferred to Westmead Children’s Hospital in Sydney, where doctors couldn’t figure out what was causing the swelling.

Mrs James said Jacob was struggling to breathe so doctors put him on oxygen, before he deteriorated further.

‘It wasn’t really until we started seeing him struggle to breath on the Wednesday that we thought this may have been more serious than we had thought,’ she said.

Three weeks later Jacob’s family finally got some clarity, when results came back that he had the common enterovirus.

Symptoms for enterovirus are usually mild, but doctors believe this triggered a rare disease called acute flaccid myelitis, which is similar to polio.

Mrs James said that before his diagnosis, doctors had pointed out the similarities of his symptoms to polio.

He relies on a ventilator to help him breathe, and is expected to remain in the ICU for the next six months.

‘He’s is getting stronger in other ways. Every single day he wakes up with a smile and makes jokes with all the nurses.’

Due to the complexity of his injury, Jacob can be expected to be living in hospital away from home for the next 12 months. He will spend the next 6 months in ICU and the remaining time working on strengthening his diaphragm and learning to use his arm again.

Mrs James said Jacob’s illness has turned their lives upside down, and now her and her husband Craig are unable to work as they are far from home at the hospital.

A GoFundMe account has been set up to support the family during this tough time.