Article Aussies turn to robots to pick up the slack 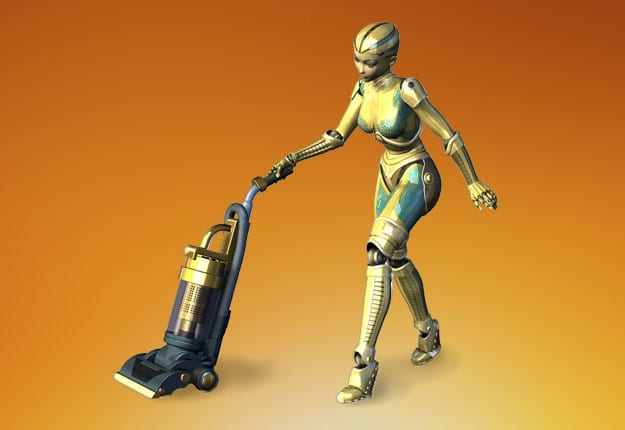 With Australians working longer hours than ever before it’s no surprise that household chores and cleanliness have fallen by the wayside. But rather than paying for a cleaner, a new study released today has found that Australians are looking to an unlikely source to pick up the slack – household robots.

1. 29 per cent of Australians think robots could do a better job than people at any household chore

2. 61 per cent of Australians have or would welcome robots into their home and think they would make life easier

3. Vacuuming is the number one household chore people would like a robot to take over

4. Rosie Jetson is the number one robot Aussies would like to welcome into their homes

5. 45 per cent of Australians are happier and more calm when their homes are clean 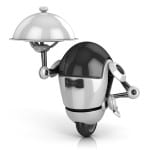 Nearly three quarters (73 per cent) of the population said they’re ready to throw the towel in on domestic duties and would be willing to buy a cleaning robot (43 per cent) to ensure they’d never have to do them again. And it seems that vacuuming is the worst offender with 27 per cent of people declaring it’s the job they’d most like a robot to takeover, followed by cooking (20 per cent) and mowing the lawn (18 per cent).

And it’s not just convenience that’s causing the shift to our futuristic friends, almost a third (29 per cent) of Aussies said they think robots could do a better job than people at any household chore because they’ll just get the job done and won’t complain or put it off. (36 per cent) of people surveyed said robots could do a better job at vacuuming, simply because it takes way too long and needs to be done so often. 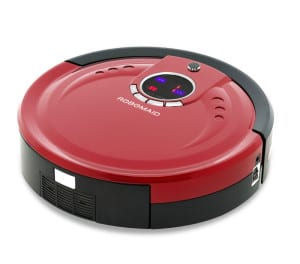 The study commissioned by robotic vacuum cleaning company Robomaid Australia found that nearly half the population (47 per cent) are ready to welcome robots into their homes. A quarter (26 per cent) of people surveyed said they believe robots are the way of the future, while (21 per cent) said they hope they’ll play a big role in making our lives easier one day. Another (14 per cent) said we’re already witnessing the robot revolution and they can’t wait to see what happens next.

But this new found love of robots may have started earlier than we think with Aussies declaring Rosie (25 per cent) from the children’s cartoon the Jetsons, as the number one robot they’d most like to have in their home. R2D2 from Star Wars (12 per cent) was also a favourite, followed by Wall-E from Disney’s Wall-E (8 per cent) and Optimus Prime from Transformers (6 per cent).

According to National Marketing Manager for Robomaid Australia, Emma Hodge, there’s been a gradual shift towards robotic cleaners as a viable alternative for Australian families.

“We’ve definitely seen a positive shift in attitudes towards robots and robotic cleaners,” said Hodge. “Robots are an efficient solution for time-poor Australians and I think we’re finally starting to embrace that along with the rest of the world.”

Robomaid is Australia’s leading manufacturer of robotic vacuum cleaners and its flagship model, the RM-770 vacuum cleaner which also comes with a microfiber attachment. For further information visit www.robomaid.com.au