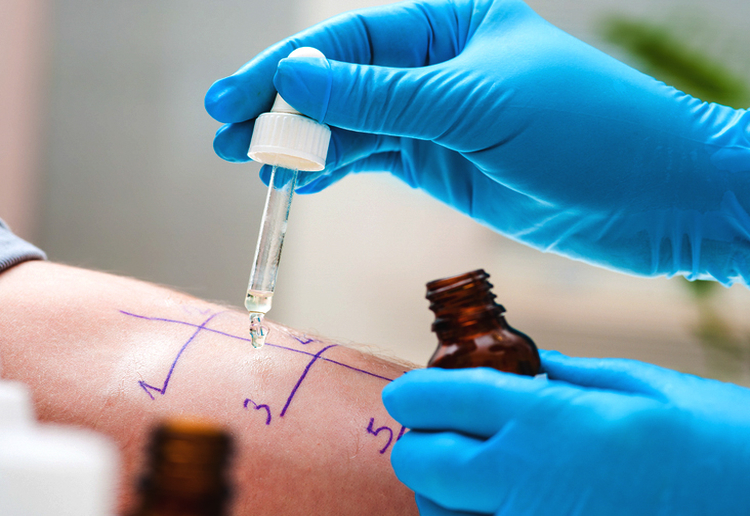 A growing number of Aussie kids are being diagnosed with allergies, but new research suggests there are ways to avoid them…

Approximately 1 in 10 Australian children have a food allergy, and the instance of presentations to emergency departments due to anaphylaxis has doubled in the past two decades. While some may argue that the increased allergy rate is the result of greater awareness and advances in testing, evidence from Australia and around the world indicates that there has indeed been real growth in the number of children with various allergies.

An allergic reaction is caused by the production of antibodies as a response to proteins found in certain foods and the environment. The most common food allergies experienced by Australian children and adults are to cow’s milk, egg, peanut, other nuts, seafood, wheat and soy the ABC reports. Allergic eczema and hayfever are also increasingly common, particularly among those with a family history of allergies. Having a child with serious allergies is a constant source of worry for parents, particularly when their child starts school, as it is impossible to remove potential risks entirely. Even though many children outgrow their allergies, some may persist into adulthood and require lifelong management.

While there is no clear cause of this rapid rise in diagnosed allergic conditions, scientists believe there are a number of factors that could be to blame. Past advice to delay the introduction of allergenic foods is one possible hypothesis, as is lack of exposure to childhood infection, changes to food manufacturing, and dramatic changes to the environment.

Professor Diane Campbell, chair of Paediatric Allergy and Clinical Immunology at the Children’s Hospital at Westmead, says that there are a number of ways parents can reduce the risk of their child developing allergies. Introducing foods such as peanuts and eggs in the early years of your child’s life, avoiding exposure to cigarette smoke and eating a well-rounded diet are just some of the possible ways to prevent an allergy. It is hoped that further research into medications, the role of macronutrients and microbiome support will offer more options for allergy treatment and prevention in the near future.

Has your child been diagnosed with an allergy? Let us know in the comments.