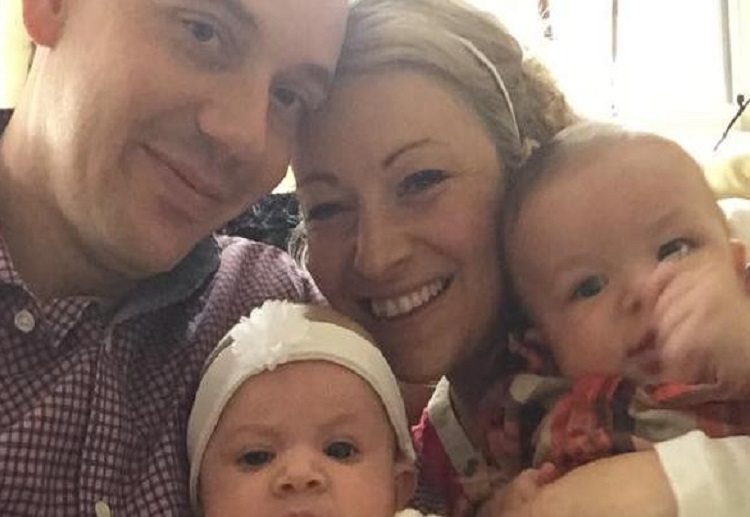 A MELBOURNE couple welcome a medical marvel believed to be Australia’s first “twiblings”.

“Twiblings” is a term used in IVF circles to describe two children conceived in-vitro at roughly the same time from sperm and eggs from the same people, but carried by two different surrogates.

It became a living, breathing reality for Melbourne couple Danielle and Sean just over a year ago, in the form of babies Ethan and Ava.

Danielle and Sean’s parallel surrogate pregnancy story was not without its final trials, with Ava’s dramatic entry into the world documented on factual reality show, The Embassy, on Wednesday night.

The birth of baby Ava, in Thailand to a commercial Thai surrogate, came four weeks after her “twibling” brother Ethan was born in Melbourne, carried by a voluntary surrogate — Danielle’s best friend.

With Danielle at home caring for Ethan, Sean had travelled to Thailand for Ava’s birth, and to complete the birth certificate, passport and citizenship formalities to allow him to bring her home to Australia.

With the odds of success running at less than 10 per cent, one embryo was implanted into their friend, the other into a Thai woman willing to be their commercial surrogate, both with success.

Now, more than a year after welcoming Ethan and Ava, the couple have drawn a curtain over their private lives as their children grow, but their battle — and the joy when it was over, remains a fond memory for Australian embassy staffer Trudy McGowan.

“To see him (Sean) so distraught, and who wouldn’t be when a baby is so sick, and then hear about all that had led up to tiny Ava, how could your heart not go out? They’d been through such a difficult time,” McGowan said.

“At the time, as it unfolded in Thailand, I was just focused on helping Sean and Ava. It wasn’t until I saw the footage of Ava and Danielle meeting for the first time at the airport that the emotion hit me. ”

The Embassy is on Channel 9 at 8.30pm Wednesday.