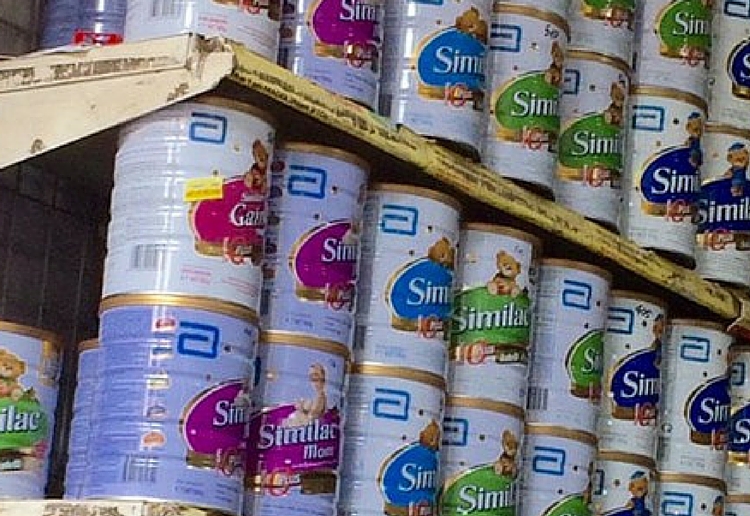 Pop up baby formula shops have sprung up around Melbourne, specifically it seems to sell and ship the popular goods to China.

ABC news has reported on the existence of shops in Melbourne that appear to stock only baby formula on their shelves.  Clayton, a suburb in Melbourne’s south-east, has at least 10 shopfronts which sell and arrange to ship baby formula to China for customers.

The ABC also reports that store manager of one of these shops, James Shi, who works for Australia SFX Global Express has defended the business’s selling practices and said that the business is not responsible for any shortage in infant formula.

“I don’t think we have to take any responsibility, we just run our business, that is what we should do,” he said.

Denying reports that the shop had been selling baby formula to Chinese customers only, James said:

“We don’t say we prefer to sell to Chinese.  Our major customer is from China, yes that is a fact,” he said, “We just provide the postal services as well as a product which is very popular.”

So popular in fact, that the business has now also opened a second shop in Richmond, Melbourne.

Parents Australia-wide have complained publicly about a national shortage of certain brands of infant formula for months, with the product being so popular there is a prediction of the shortage continuing for another 18 months.

Major Australian supermarkets have put in place purchasing limits to try and ensure supply as reports continue to be made about tins selling online for inflated prices.