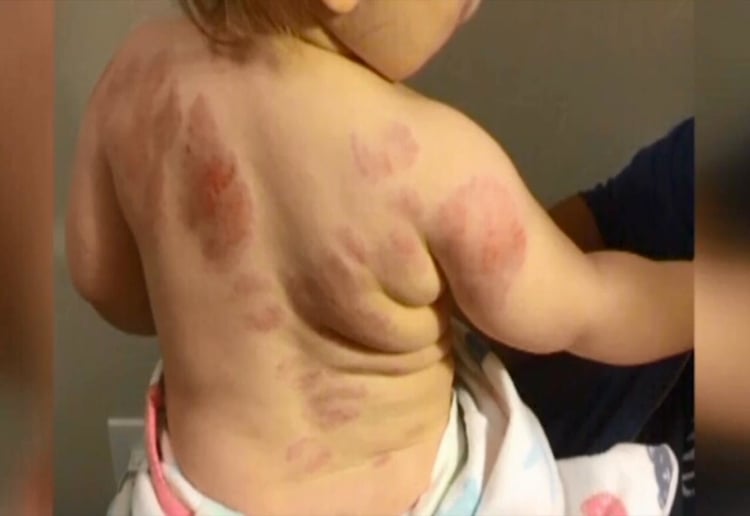 A mum has taken to Facebook to share her horror after her fifteen-month-old daughter returned from her new daycare covered in twenty-five bite marks. US mum Alice Bryant was inconsolable when she discovered the bites across her daughter Rosalynn’s back, and is yet to be told by staff or police what happened.

Although she filed a complaint and police report, Alice says she is still waiting for answers almost two months later and took to social media to share her story. “No word and neither department contacted me with updates, and I signed up for victim notification,” she said. “All of these bites happened in one day – please share!” The accompanying picture shows her daughter’s back, with large red bite marks right across it. “There’s over twenty-five plus, it’s hard to tell,” Alice said. “It’s stomach turning. I feel both angry and sad at the same time.” Alice says that the thought of her daughter being in pain with no one to help her is sickening. “It takes some time to do that kind of biting and my daughter would have been very upset,” she said. 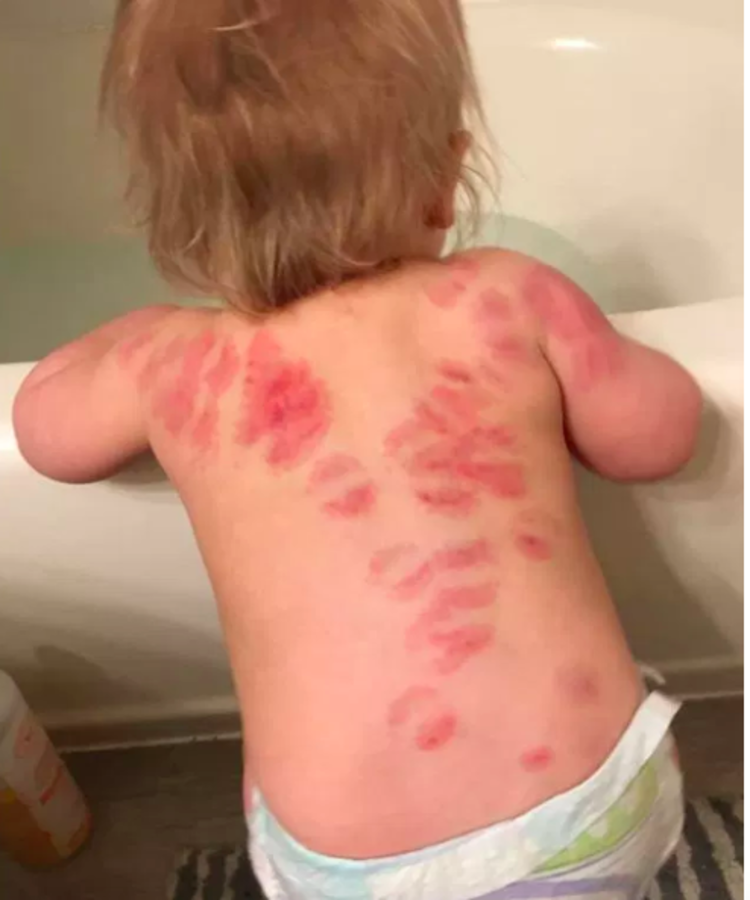 Unfortunately, it seems that Alice’s experience is not an uncommon one, with comments on her post recounting similar incidents at the same daycare centre. “My son went her over a year ago,” one mum wrote. “I honestly thought our experience was a fluke but it looks like nothing has changed.” “This makes me so angry,” a former daycare worker wrote. “I worked in a daycare centre for thirteen years – who in the hell would let this happen!”

This story is every parent’s worst nightmare. A child care centre is supposed to be a place where you can trust that your child is safe, happy and cared for so to have them return with such horrific injuries is completely unacceptable. We hope that Alice continues to fight for the answers she deserves.

Has your child been bitten while at child care? Share your story in the comments!