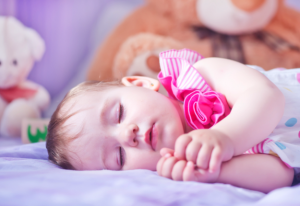 A sneaky dad has created a name for his daughter – all the while hiding his favourite soccer team’s name within it.

Clare Smith, Mum of a baby girl called Lanesra, has caused a viral internet sensation after sharing the hilarious back story behind her unique name.

An unidentified magazine has published the explanation of the baby’s chosen name, where Clare explains how it came about:

“We chose our daughter’s name, Lanesra, because it was unique and romantic. It wasn’t until she was two [years old] that my husband told me it was actually his favourite soccer team, Arsenal, spelled backwards!”

Two days ago, a photo of the magazine snippet was posted to social media site, Reddit – it has already garnered almost 2 million views and has been widely shared.