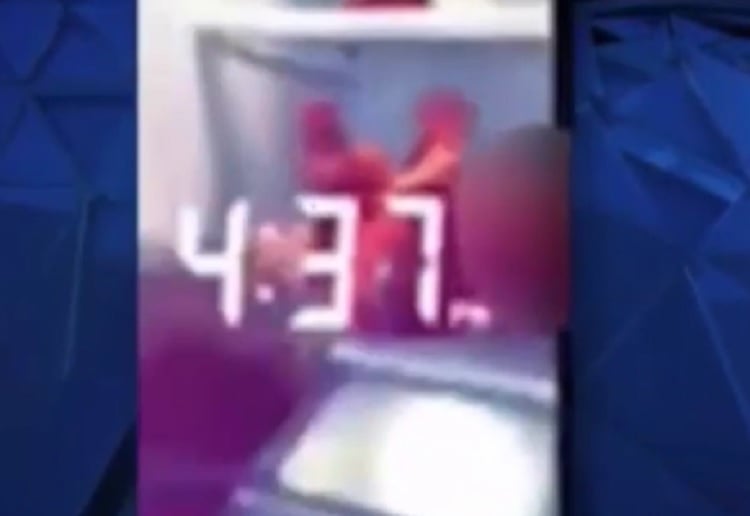 Two giggling American teenage girls made a very stupid decision and have since been charged after they filmed themselves putting a baby into a fridge and closing the door.

In the news today it has been reported that the mother asked her niece and a friend to watch her seven-month-old daughter while she took a shower.

The pair posted the video to Snapchat on Monday night, raising alarm bells for Massachusetts police.

The teens were charged with child endangerment and assault and battery with a dangerous weapon.

The girls were released to their parents after an arraignment on Tuesday in juvenile court. Their names have not been made public due to the young ages.

Police say the child was not in the fridge for long and is doing well.

“I know she wouldn’t hurt my daughter and that wasn’t her intentions. I think it was all foolishness, stupidity,” the baby’s mother told Fox8.

“I will no longer be leaving my children with my niece or her friends again ever in my life.”

You can watch the video on 9 News HERE