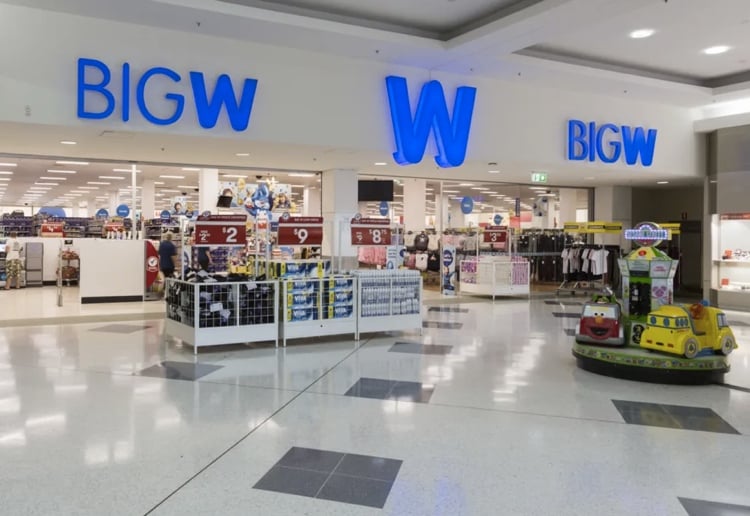 Big W have released a statement confirming the closure of at least 30 stores across Australia over the next three years.

We recently shared the news of Big W’s financial struggles and the rumoured closure of stores across Australia.

A Woolworths Group Spokesperson has confirmed the news that 30 stores will be closed in a statement released today:

“Following an extensive review of the business, we have made the difficult decision to close approximately 30 BIG W stores over the next three years. We will also close two distribution centres at the end of their leases.

They added, “These are not decisions we have taken lightly and we regret the impact this will have on affected team members.

“We have made these decisions to create a stronger and more sustainable store and distribution centre network that better reflects the rapidly changing retail environment.

“We understand the announcement, without confirmation of specific stores, will create some uncertainty for our teams and the communities in which we operate, particularly in regional areas.

The spokesperson made it really clear  that they “want to emphasise this review has never been focused solely on our regional stores but our entire network.”

“Details of store closure locations will not be released due to ongoing discussions with landlords. In the interim all BIG W stores will continue to trade as normal.

The majority of our store network is set to remain open and we’re committed to doing the right thing for our team in impacted stores.

We will inform our team members, customers and community stakeholders well in advance of changes to any specific store.”

The Australian shared that a report from Macquarie Wealth Management claims in their latest report that half of the Big W store network is located in challenging centres.

“Given the format of Big W stores, we believe it would be difficult to reduce space as Myer is doing and that outright store closure is more likely.”

The report argues that Big W should eventually return to profitability, therefore not justifying a complete closure of the chain, but that a more logical and cost effective strategy would be to “cut the tail” and drastically reduce the 183 stores operating across Australia.