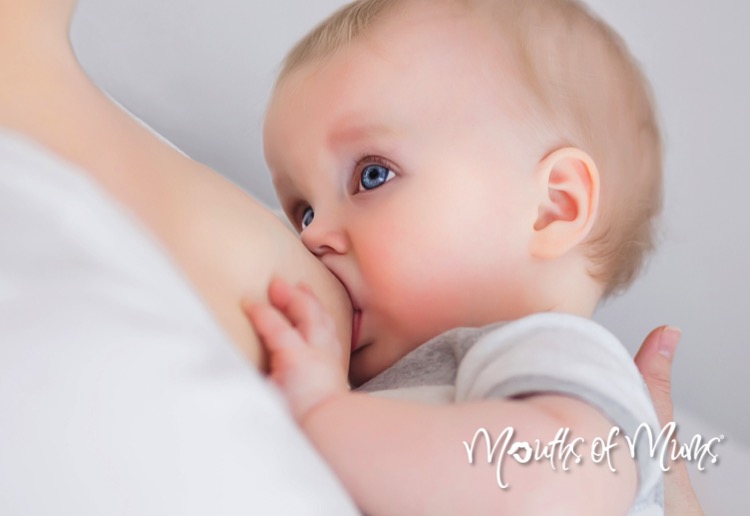 Mum admits to feeling aroused when feeding her child… and she is not alone!

Earlier this week you may have read the story (that we avoided like the plague) of Jennifer Mulford who revealed she breastfeeds her 36-year-old bodybuilder boyfriend for pleasure.

The admission was met with shock and disgust, but experts have confirmed that it’s actually not uncommon for mother’s to feel sexually aroused when feeding their child.

According to a study by the University of Sheffield, at least 30 per cent of women have experienced arousal caused by the hormone oxytocin, which is released when a woman breastfeeds.

Dr Karleen Gribble, an Associate Professor of Nursing and Midwifery at Western Sydney University, explained why this happens to women so often, reports The Daily Mail.

‘The feeling can be sexual to a degree, it’s a matter of interpretation. Women do have feelings like those they have during sex when they breastfeed.’

Mother-of-two Clare said that she experienced arousal when breastfeeding both her children, one of whom is now a teenager and the other 10 years old.

‘A couple of times I disassociated myself from the fact I had a baby at my breast. I would go off into a bit of fantasy and enjoy the feeling.’

Clare quickly clarifies that she didn’t feel sexual towards her child, but the feelings that breastfeeding invoked could be overwhelming.

‘In a way I felt able to treat it as a bit of foreplay, except I wasn’t thinking of my baby, only the feelings my body was feeling,’ she explained.

‘The feelings when breastfeeding made me continue doing it, because it was so pleasurable, it nourished my baby, but it also kept my body womanly and kept feelings of sex alive when I was exhausted.’

‘Because my body was alive and awakened it helped keep my sexual relationship with my partner alive.’

Dr Gribble said that Clare’s feelings are quite normal for women. She explains the feelings are actually a good thing, as the release of oxytocin when breastfeeding makes women feel close to their child and is a normal part of parenting.

‘Mums who are concerned about the feelings they have when breastfeeding shouldn’t be, they’re actually very common.’

‘They’re different feelings to when you’re actually having sex. You’re not feeling sexual towards your baby, you’re just feeling things that can also be felt during sex.’

Viola Polomeno, has written about the taboo and conducted studies on the topic, saying it can cause women to move on to bottle feeding their children because of the arousal.

‘This is a normal phenomenon. Yet, mothers may feel guilty if they have these feelings,’ Ms Polomeno wrote. ‘Consequently, some may decide to stop breastfeeding.’

Did you have a similar experience to Clare?