Article Breastfeeding With The Orangutans In Audience 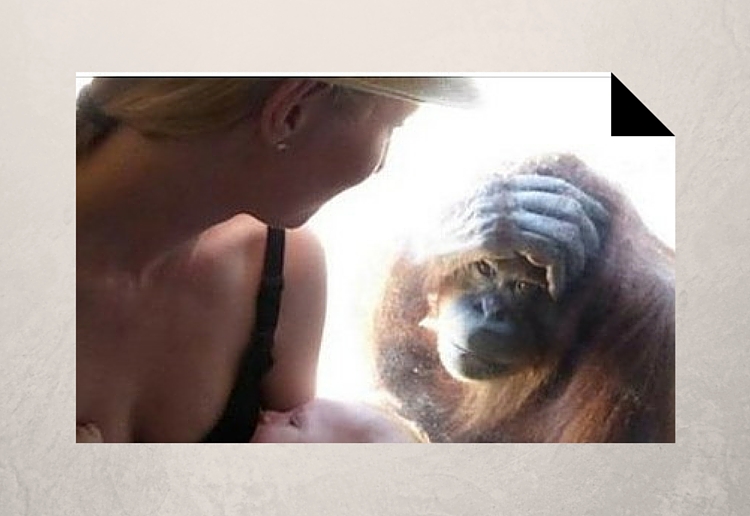 A breastfeeding mum has had an amazing connection with two orangutans at the Melbourne Zoo.

Celebrating her three-year-old daughter’s birthday at the zoo on Sunday, Mum Elizabeth found a little corner to breastfeed her 13-week-old son Eli in private.

Well, she thought it was private until two orangutans came over to watch.

“I went around the corner to be a bit private and I was breastfeeding and this orangutan locked eyes with me and came over to check out what was going on,” she told 774 ABC Melbourne. “It started off with just one, then another one came over who seemed to be a bit older and shooed this one off for a little while.

Elizabeth said that she felt the nod was significant and an emotional tie between herself and the orangutans was formed.  The fact that she had been unable to breastfeed her first child made the moment all the more poignant.

“It was absolutely amazing,” she said. I felt so proud and I felt she was proud of me and … I don’t know. It was just amazing.”

A small crowd gathered to witness the encounter as other zoo patrons noticed what was happening.

“They were all just in awe of what was going on,” Elizabeth said.

Elizabeth’s mother took a photo of the experience, which was shared on Facebook.