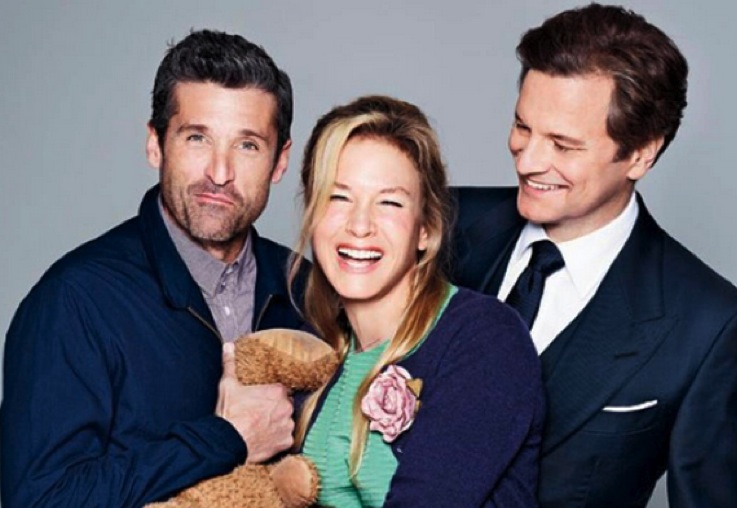 She’s pregnant, 43 years old and she’s not sure who the father is.

That’s the starting point of Bridget Jones’s Baby, the third film in the series which is due out in May next year.

Bridget, loved the world over for her colourful life stories, might recall that Bridget (played by Renée Zellweger) accepted Mark Darcy’s (played by Colin Firth) proposal in the last installment of the film series, ‘Bridget Jones: The Edge Of Reason’, but evidently, Bridget finds herself single once again in the new upcoming Bridget movie.

Being single doesn’t mean that Bridget doesn’t have men after her – in fact she appears to have a serious competition on her hands, all wanting her attention. Mark himself is still trying everything to seal the deal with Bridget, but a new love interest on the scene is catching Bridget’s attention also.

“As an actress, it feels like stepping back with an old friend,” said Renee Zellweger to Entertainment Weekly. “I love this character, I like that she tells stories about what it’s like to be a woman and these really relatable situations at certain times in life. It’s so right to tell a story about Bridget in this stage of her life.”