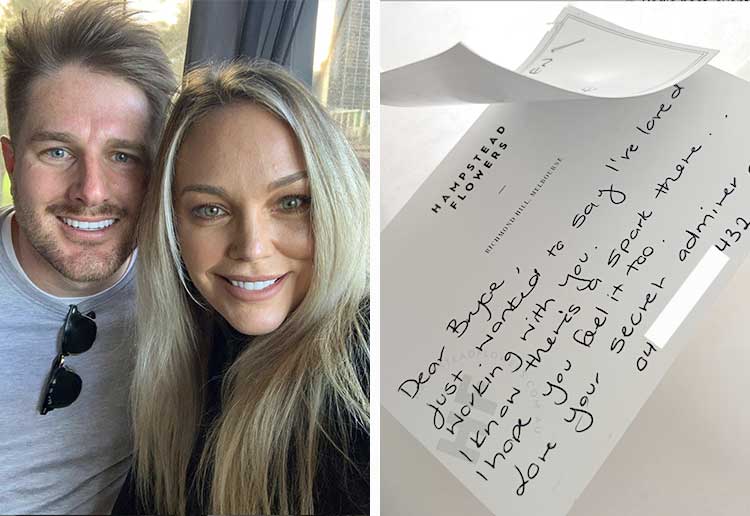 Married At First Sight’s Bryce Ruthven and Melissa Rawson have blasted a ‘hurtful’ radio stunt that ‘had the potential’ to harm to their relationship, as they face continued challenges with their premature twins.

Both Bryce and Melissa took to social media to blast the Valentine’s Day prank, which left Bryce ‘fuming’. The pair explained that last week, while they were out, a bunch of flowers was delivered to their home. The note on the flowers read, ‘Hey Bryce. Just wanted to say I’ve loved working with you. I know there’s a spark there, I hope you feel it too. Love, your secret admirer.’ The note also included a phone number. 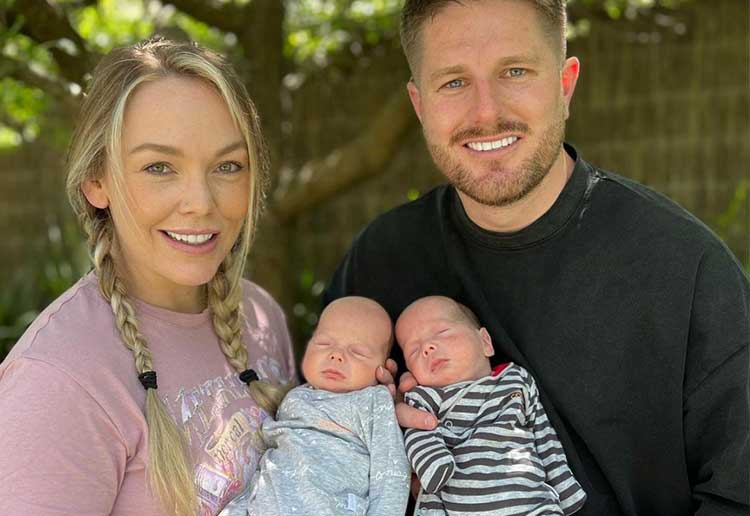 Melissa arrived home first, and called Bryce to ask about the delivery. “Naturally (she) had questions about who they were from.”

Bryce said he called the florist to ask who the flowers were from, and was told ‘Mikayla at KIIS FM’. It didn’t take long for the couple to work out the delivery was part of a radio prank, and they discovered that Mikayla was a producer for Jase & Lauren in the Morning on Melbourne’s KIIS 101.1.

Bryce was called on Valentine’s Day by the show’s hosts and asked about the flowers, in a chat that was recorded and played on air. While Bryce says he played along, having been involved in breakfast radio himself, he says the stunt was ‘tacky and tasteless’.

“Particularly directing this joke towards two new parents who have had to face many challenges in the NICU since our boys were born 10 weeks early,” Bryce wrote on Instagram.

Melissa was also upset with the stunt, saying, “Bryce was very kind on air but I was absolutely fuming behind the scenes. As a new mummy to preemie twins already so physically self conscious about my looks and body, completely exhausted and vulnerable – I really don’t think they thought how this could affect me or what could have happened if we as a couple did not know and trust each other so wholeheartedly.

“This was not a joke to bring ‘a little love…’ into our lives. This was intended to create a stir for radio and it was hurtful to me. I thought the joke was quite tasteless and could’ve done potential harm not only to our relationship (one that is full of love, happiness, challenges and growth) but also to my own self esteem and to our new family unit.”

The show’s hosts Jase and Lauren did confirm they’d sent out bouquets of flowers to 10 different celebrities.

“I think this has backfired,” the presenters said on air. “We weren’t in the game of splitting up relationships, we were supposed to be adding a little love to Valentine’s Day.”

What do you think of this Valentine’s Day stunt? Let us know in the comments below.