Article Caramilk Fans Not Happy With Changes To Their Chocolate 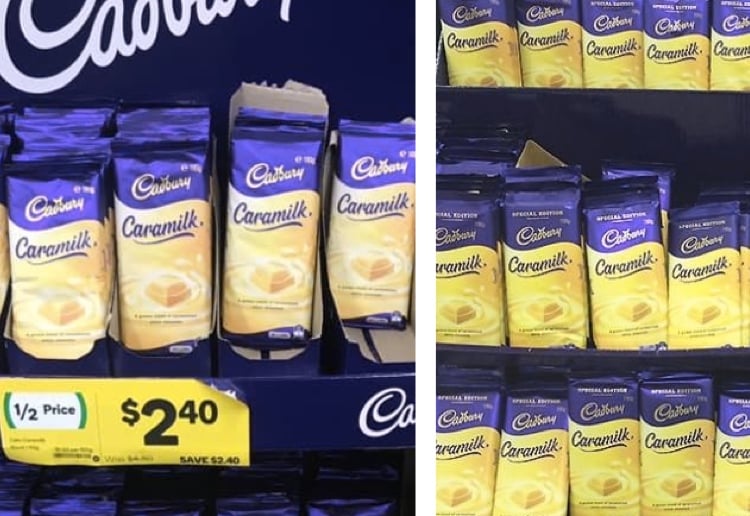 It’s really hard to please people. Take away the Caramilk chocolate bar and millions of people practically storm the Cadbury social pages to express their extreme disgust. There are petitions, walk-outs, strikes to try and convince the chocolate giant to bring back their beloved Caramel flavoured chocolate.

But then Cadbury buckles under the demand (and the thought of making lots of moola) and they bring back Caramilk…not even as a limited edition. This time it’s a permanent fixture in our supermarket shelves and it’s apparently here to stay.

You’d think the fans would be having Caramilk fiestas all over the country and buying blocks of the stuff to finally satisfy their craving. But the re-launch has been a bit of a puddle of melted chocolate really, with many fans not happy with the changes to the original chocolate they obsessed over for so many months.

The anticipation was almost edible. There were many tantalising rumours before Cadbury finally confirmed that yes, Caramilk was coming back. The countdown began and while the launch date is only officially tomorrow (2 October), thousands of shops have had an early shipment of the chocolate and fan responses have been flooding in.

The first wave of feedback was of sheer excitement. But then we began getting a whiff of disappointment as the chocolate aficionado’s got their first taste. The most disgruntled were those who had somehow managed to hoard some of the original Caramilk bars from early 2018.  They reported that the colour was different and the taste was also just not the same.

It’s Just Not The Same

So let’s take a closer look at the differences some fans are noting:

OK, so this doesn’t affect the taste but it is interesting to note that the SPECIAL EDITION no longer appears on the new wrapper. A big hint that the latest Caramilk release isn’t going anywhere. Also the caramel colour is also a slightly different shade on the new packaging – it’s actually more caramel and less yellow.

Eagle-eyed fans have reported that the new chocolate bar is 10grams lighter than the original one. Yep, the old one was 190g of goodness and the new one is only 180g. Wahhhh! We’ve been robbed!

Taking a look at the ingredients at the back of the bars, it’s interesting to note that the milk solids (ie milk fat percentage) has dropped by 4% (from 33% to 29%) in the new bar. This could definitely contribute to the taste difference. All the other ingredients are the same

The original Caramilk bar was made in the Cadbury chocolate factory in Dunedin, New Zealand. However the NZ branch of Cadbury’s closed down and they moved their operations to Tasmania, back in Australia. So it clearly states on the packaging of the new Caramilk that it is made in Australia from local and imported ingredients.

Caramilk has definitely had a change in colour since it was first released. The new bar is undeniably lighter in hue and has a less caramelised caramel colour than it’s original sibling.

And now for the most significant difference – how does the new chocolate taste? There is a bit of a rift amongst the Caramilk loving community and many many opinions about the flavour of the new bar.

@Foodfindsgeelong sums it up nicely:
“And we can confirm they are correct, not only is this block a lot lighter in appearance the lack of caramel flavor compared to the last caramilk is unforgivable. Why change it Cadbury? Don’t get me wrong it’s still delicious white chocolate with a hint of caramel but they definitely haven’t cooked the white chocolate enough or maybe the plastic was what gave it an extra kick ???? either way it’s really disappointing when your expecting the same caramilk as before”

CADBURY CARAMILK IS BACK. Although we are so excited to see this permanently back on our supermarket shelves again, we have heard a few comments from @nickvavitiss @brucesuperc that the caramilk tastes different ? . And we can confirm they are correct, not only is this block a lot lighter in appearance the lack of caramel flavor compared to the last caramilk is unforgivable ???? why change it Cadbury? Don’t get me wrong it’s still delicious white chocolate with a hint of caramel but they definitely haven’t cooked the white chocolate enough or maybe the plastic was what gave it an extra kick ???? either way it’s really disappointing when your expecting the same caramilk as before 8/10. (previous score 11/10.) ▪️Found @woolworths_au @cadburyaust

Thumbs Up From Others

But others are loving the flavour – saying it’s creamier and less sweet.

And most couldn’t really taste the difference: “I thought it tasted the same, still delicious”

One fan had enough of the moaning declaring on Caramilk fan page:

“Seriously WHO CARES. It’s back! If I was Cadbury I’d be wondering why they bothered bringing it back at all. When it was taken away, everyone complained, now it’s back people are still complaining. Before you know it Cadbury will take it away again and release it again as a limited edition in another 20 years. I’m sure the “old” Caramilk from last year tastes nothing like the original from 1994 either. Just be grateful it’s back as a permanent line, I can think of bigger pressing issues going on in the world to be more concerned about.”

Cadbury responded about the taste differences in a facebook message to a disappointed fan:
“We know that the caramel notes of Caramilk get stronger over time, and given how fresh this new batch is, we antipode the caramel flavour to become stronger. The taste of a chocolate product will change over time, and given any remaining Caramilk from the last batch will be well and truly past its best before date – almost a year past it! – you simply can’t compare the two.”

But it seems that with still a day to go before the ‘official’ launch, there is more frenzy still to come.

Have you tried the ‘new’ Caramilk yet? Tell us in the comments below. 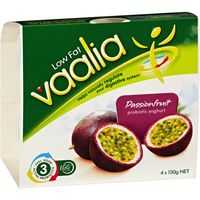 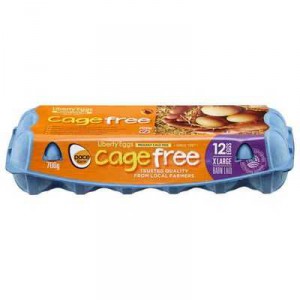