Article Catherine Zeta-Jones’s marriage is over 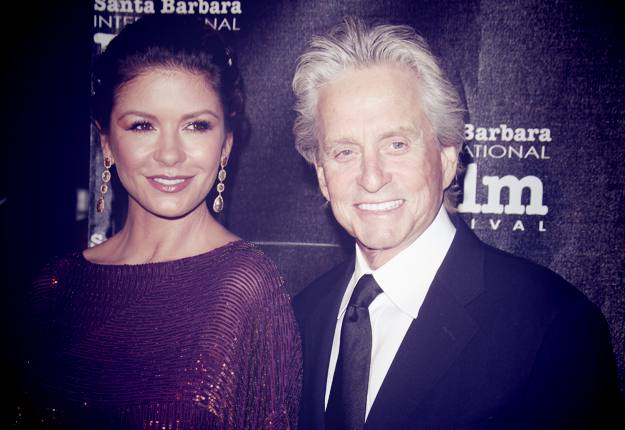 They married in a multimillion-dollar extravaganza at New York’s Plaza Hotel in 2000 and weathered more ups and downs than most. Now Michael Douglas, 68, and Zeta-Jones, 43, have decided to call time. “They’re taking a break,” a source tells People magazine. Their rep confirmed to Us Weekly, “Catherine and Michael are taking some time apart to evaluate and work on their marriage.”

Neither has filed for divorce or made moves to make this a legal separation. In recent years the couple have faced his diagnosis with and treatment for throat cancer, her revelation that she has bipolar II disorder, and his son Cameron’s trials with drug addiction – he has had his jail sentence prolonged thanks to further efforts to acquire drugs while incarcerated.

There is much at stake – apart from their two children, Dylan, 13, and Carys, 10, the A-list couple have homes in New York, Bermuda, Majorca, Colorado, Swansea and Turks and Caicos. His first divorce, from Diandra in 2000, reportedly cost him $30 million, and he recently spoke about regretting not having ended that marriage sooner: “It took me too long to realize that if you go to a marriage counsellor to resolve problems, it’s in his interest to keep the marriage going.”

Zeta-Jones has been notably absent during Douglas’s recent round of promotional duties for his Emmy-nominated role as Liberace in the biopic Behind the Candelabra, while she entered a second round of treatment for her disorder. “There’s no question it’s been a stressful year,” a friend said. “Catherine has had to deal with Michael’s illness and that’s been hard.”

Whether this separation leads to divorce or not, “They want the best for their kids, no matter what happens,” a source told People.