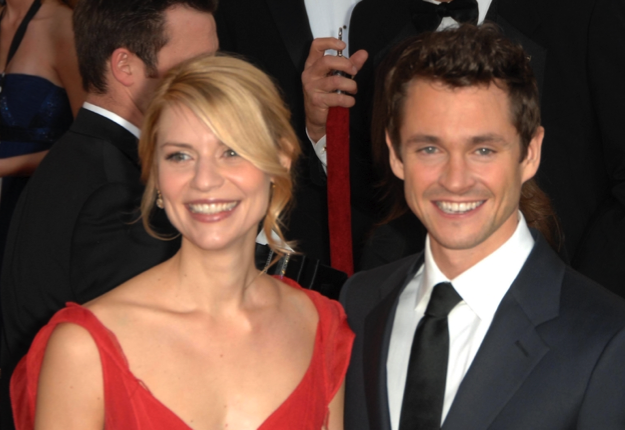 She’s been a well-known actress since she was 15 in My So-Called Life, then Little Women, and Romeo + Juliet for Baz Luhrmann.

Now Claire Danes is dealing with a much bigger challenge than public fame or difficult acting parts: motherhood. (Married to British actor Hugh Dancy since 2009, Danes gave birth to son Cyrus 21 months ago.)

“Being a mom is incredibly challenging, but we still feel a pressure to talk about it in very romantic terms. And it’s not just that. We all have that resentment at times and anxiety about being trapped by the role, that responsibility. And then chemically it can run riot,” she tells UK Harper’s Bazaar.

“Your mental state, the hormonal swings are so extraordinary and singular to the female experience, and they haven’t been taken very seriously or considered very deeply … I mean, post-partum aside, even if you have the most healthy relationship with your child and have support and resources, it’s tough. It is really tough. And there’s no ‘off’ button.”

Life’s busy for most parents, but for two working actors with gigs in different countries there’s an added level of organisation required—although they can afford help.

About to head to Cape Town, South Africa, to shoot the new series of Homeland, Claire says the family were “desperately trying to get all of our gear together and it seems a lot right now.”

“Hugh is actually taking a job, a mini-series about Gallipoli five days into our [stay], so he will fly with us and then five days later go to Adelaide for a month and then come back for two weeks and then [off] for another month, so… We have a brand new nanny too, who we will basically meet at the airport, so it’s all just, you know…”

It’s not that she’s complaining. Life is great, and so is getting to know her little boy.

“He’s kind of revealing himself to be a bit of a ham, which shouldn’t really be a surprise. A babysitter gave him a kiss goodbye and now he does ‘Mwah, mwah’ to everybody. Or he says ‘Ciao.’ It’s ridiculous.”

“I did not teach him that. He sings ‘Ee-eye ee-eye oh’ to himself all the time. And he’s a toddler, so he says ‘No’ and ‘More’ a lot and he’s just started to have temper tantrums. It’s scary,” she adds with a sigh.

“I do!” she answers. “I’m genuinely in love with him. And I like hard things. You know, marriage is hard, but I’m up for it. I don’t do anything casually so dating is not for me. I would be marrying everyone I was with. When I met Hugh I was single for the first time and really looking forward to it, kind of bragging, ‘I’m going to rock this.’ Then I met Hugh…”

“But I like getting into [a relationship]. It’s more fun [than being single]. There’s so much opportunity if you are interested in each other to go further. It’s kind of a beautiful exercise … And life keeps it interesting for you. Like having a baby. The demands are different; that has been dictated by circumstance. So we haven’t had to liven it up. Life just keeps livening it up for us.”

What’s your favourite thing about being a mum?