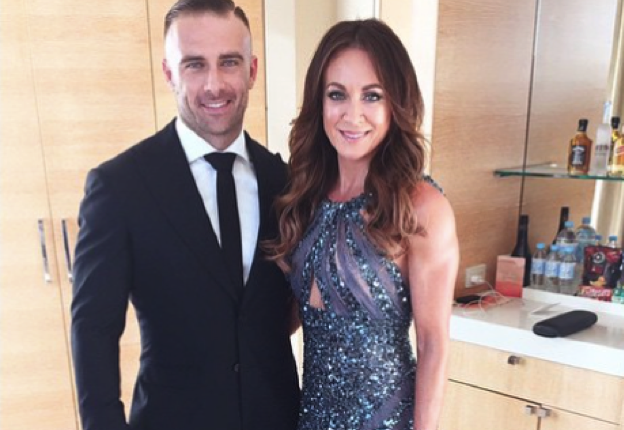 Michelle Bridges responded this week to the backlash she received over her post-birth exercise regime, saying she was given the OK by her doctors to train. Commando has also stepped in to defend his partner.

Steve ‘Commando’ Willis  come to Michelle’s defence telling Nova hosts Fitzy and Wippa – “It definitely had an effect on her, but she is a big girl and it will pass over time. It is something she has always done. She has always liked to get out and about, feel good in herself.”

“Also, psychologically it helps to calm her mind, as many people out there that exercise know.”
“All these people that just get on her coattails to cut it down use it as leverage to voice their opinion. So be it, but the lounge chair and other things are killing people a lot more than someone who has just had a baby, pushing their pram out on a footpath,” the 39-year-old said.

“People pigeon hole. So now she’s a new mother with a baby, she can only speak to new mothers. Her audience is much bigger than that and we’ve got to be mindful of that.”

“A lot of people were freaked out that I was exercising [while pregnant]. But there is research as long as your arm on the benefits of exercising,” Michelle told the Australian Women’s Weekly.

“Not everyone can exercise during pregnancy — I understand that — but if you have been given the all clearance by your specialist, there are some incredible benefits to you and the baby during pregnancy, the birth, after the birth and the future.”