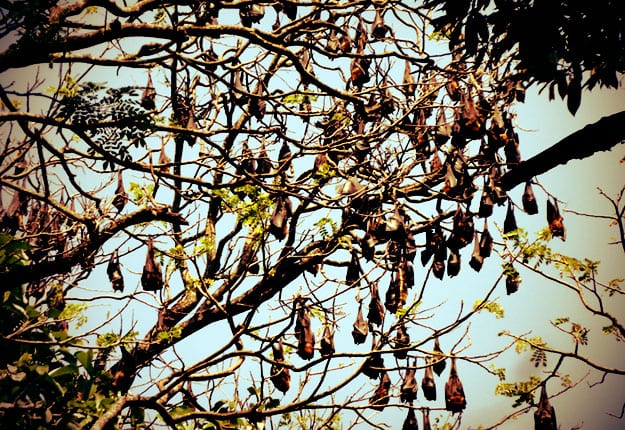 Phobia’s can be terrifying. They are a real phenomenon and not one to be taken lightly, no matter how hard your husband laughs at you.

I have a few, mainly creepy crawlies/spiders/snakes and bats. YES BATS! Stay with me and I’ll tell you why.

A few years ago we renovated an older house. It had been neglected and in the process of no one living there full time before we bought it had become a haven for micro BATS. Little furry looking mice like things with wings.

I had been noticing them leaving at dusk a corner under the eaves for a while. They hunt insects at night when we are tucked up in bed. Whilst creepy, they were outside and not venturing in.

OR SO I THOUGHT!

I am not sure how or when but one night after everyone had gone to bed (sounds like a horror story right?

After seeing another flash whizz overhead I decided the best thing to do was to scream and run to the sanctuary of my bedroom.

Now here lies the problem. By morning they are nowhere to be seen. They sleep during the day. My dramatic story of my night’s adventures was not believed by my husband.

I thought I was going a little crazy as the nights following it did not appear again. Ok phew maybe it took the hint after my crazy escape down the hallway.

My relief was short lived. And my story believed as one night soon afterwards my husband woke me with

“Do you hear that?” he asked

“There is something in the room!” He exclaimed.

By this stage I was awake enough to know and hear in fact there was an intruder. The FURRY MICE TYPE THING WITH WINGS sort of intruder. In the dark I could make out the flapping noise of its wings against the window.

A sane person would realise they were NOT an insect and in fact NOT prey. But these little critters were mice x superman and not welcomed.

I did what anyone else would do and RAN… I ran like the wind until I was suitably far enough away that it would not get me.  My husband in turn was yelling for a broom.. My god man this is not the time to be cleaning! Get that flappy thing out of my room!!

The next thing I know he is grabbing the broom himself and prepares to swing that broom at said bat. Kind of like a cross between a baseball aim and crazy acrobat.

Phobia’s. NOT to be laughed at.

Ok maybe the next day, just a little.