Article Dad Accused Of Shoplifting Because Of His Tattoos 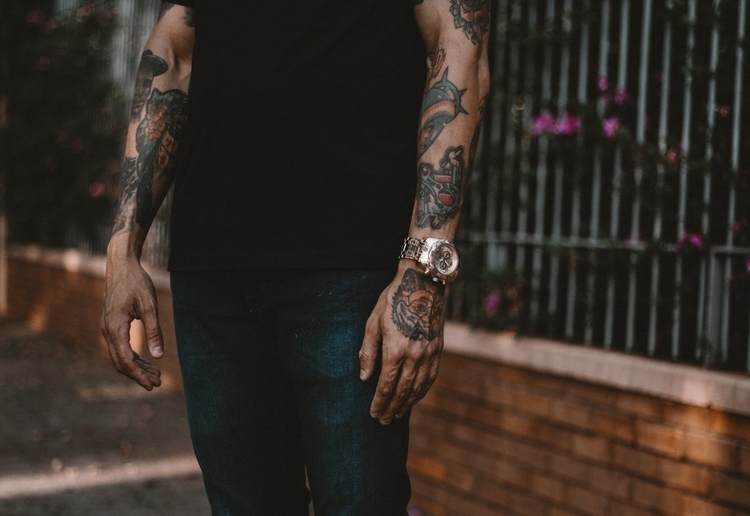 A 24-year-old UK man has shared his story with Metro Newspaper saying he was wrongly accused of shoplifting by staff from supermarket chain Waitrose. Dominic Riches says he was stopped by two employees after leaving the store with his son and told that they had captured CCTV footage of him stealing.

Looking For An Excuse

Dominic says that he was surprised when the employees approached him. “I left the shop and got to the bit near the traffic lights not that far from the shop and two employees came after me,” he said. “They ran right up behind me and shouted ‘stop there!'” Dominic said he immediately stopped, despite being taken aback, and was shocked when the staff told him that they had captured incriminating CCTV footage. “I went back in with them because I hadn’t taken anything,” he said. “When we went back in, that’s what they found too.” Dominic believes that the store discriminated against him because of his tattoos and says that they have handled the situation poorly ever since.

Too Little, Too Late

Dominic approached store management to make a formal complaint and was offered a bottle of champagne as compensation before being told that the employees had just been doing their job. After expressing his dissatisfaction with the way the situation was handled, Waitrose offered him fifty pounds to spend in the store, but again refused to acknowledge that the staff had acted out of order. In a statement, the supermarket giant eventually confirmed that  Dominic had been treated unfairly. “Everyone is welcome at Waitrose and we sincerely apologise for any distress caused to Mr Riches. It was a genuine error by members of staff and shouldn’t have happened.”

While we can only hope that the accusation was an innocent mistake, and not because of the tattoos, incidents like these are an important reminder to never judge a book by its cover.

Do you think tattoos change the way people are perceived? Let us know in the comments.