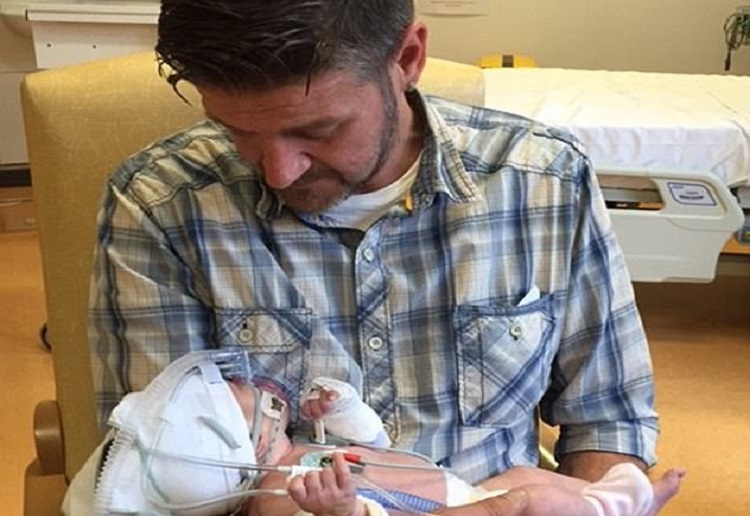 A concerned father saved his babies life after he rushed his baby daughter to hospital when he heard her ‘crying in a different way.’

The infant was diagnosed with life-threatening sepsis and put in a three-day coma.

Stu Bonsall, 45, from Burnley, Lancashire, is urging other parents to trust their instincts, even if they might ‘look an idiot’ for doing so, reports Daily Mail.

He said: ‘I could so easily have done nothing – fearing I’d be told I was over-reacting.

‘But my actions saved Megan’s life.

‘I will never regret that, I would advise all worried parents to visit their hospital. It could save your baby’s life.’

‘But I sensed something was different. I wanted a doctor to check her over.

‘I would rather look an idiot and know my daughter is okay.

‘It’s a good job I trusted my gut, because in a matter of minutes, she was rushed from casualty to Manchester Children’s Hospital (MCH) with sepsis.

‘Don’t be scared of visiting your doctors or local hospital, because you never know.’

Baby Megan was diagnosed with sepsis, a life-threatening condition where the body’s response to infection causes injury to its own tissues and organs.

It is unclear how exactly Megan developed sepsis, however, it is most commonly caused by an infection.

Good on this dad for going with his gut! We quite often are too worried about looking silly, but we are our children’s voice and need to trust our instincts.

Have you had a similar experience?