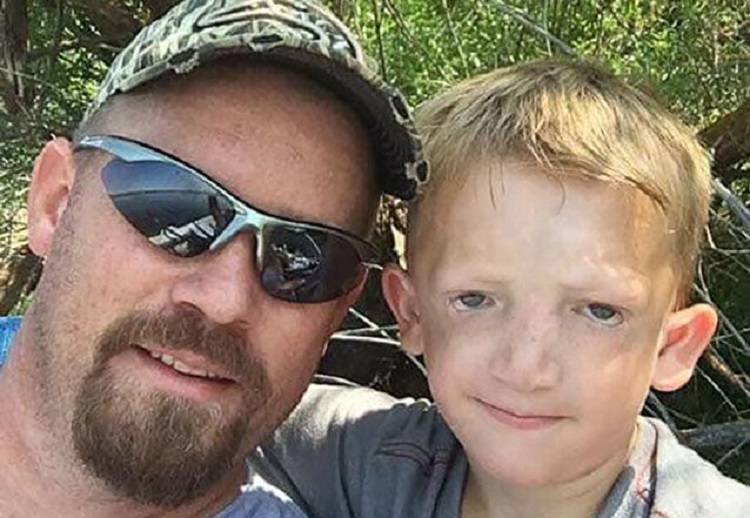 A heartbroken dad has opened up about his disabled son’s constant bullying at school begging parents to PLEASE educate their children.

Dan Bezzant, from the US state of Idaho, wrote on Facebook his “heart is in pieces now”, learning of the bullying his son Jackson, 7, endures at school.

“This beautiful young man, my son Jackson has to endure a constant barrage of derogatory comments and ignorance like I’ve never witnessed. He is called ugly and freak and monster on a daily basis by his peers at school.”

Jackson has Tracher Collins syndrome. A rare condition, which affects the development of bones and facial tissues.

It also means Jackson is nearly deaf and has issues with his eyesight. He has undergone major surgery, but will likely need more.

Mr Bezzant said his son “talks about suicide” because of the bullying and that his son told him “he has no friends and everyone hates him”.

“Kids throw rocks at him and push him shouting these horrific words,” he said.

“Please, please take a minute and imagine if this were your child. Take a minute to educate your children about special needs. Talk to them about compassion and love for our fellow man.”

Mr Bezzant said his post wasn’t just about Jackson, but about all victims of bullying.

We recently shared a story from a UK mum who is fighting back after Instagram removed a photo of her son, who only has one eye, from her account because it was deemed inappropriate. Read more on that here.