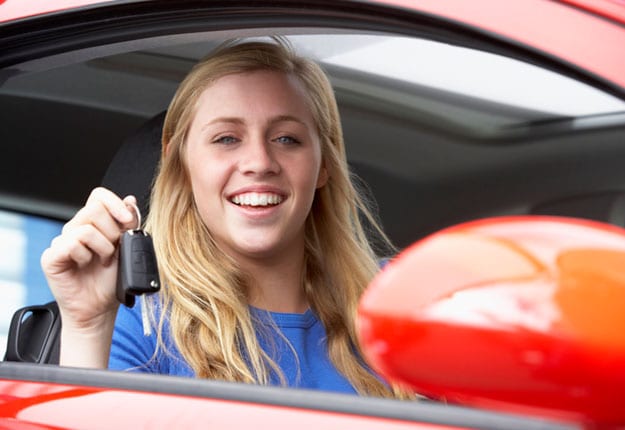 The parents decided to help their teenager buy a car when she turned 16 (the legal driving age in the US), but when things went pair-shaped the dad took to Reddit with a dilemma.

“There would be a “contract” of sorts to ensure we were all on the same page,” he wrote.

“The stipulations were continuing good grades, good attitude, she could only bring one friend with her somewhere (to begin with), we had to know where she was, and the obvious two: don’t drink & drive, and don’t text and drive.”

The father spotted his daughter in a video online, which showed her clearly using her phone behind the wheel.

“My daughter was posted with her face down as she texted and rolled through a stop sign,” the dad shared.

“Once with her face down in her phone at a stoplight. I was livid.”

“Wife and I up and sold the car,” he wrote. “…of course our daughter completely came unraveled.”

He explained that the furious teen called the move unfair, arguing that ‘everyone’ texts and drives and that the parents were ‘overreacting’, particularly given she was hoping to use the car to get herself to college and back.

Family divide – Not everyone agreed with the decision

“This has everyone in our life up in arms and divided,” the dad explained.

“Her grandparents think we’re being over the top and awful, that grounding her would have sufficed.”

He insists, however he made the right choice and laid down the law in a brutal closing statement.

“She made that choice. She had a car, it came with certain stipulations, she disobeyed us, and now she pays the price,” he said.

“I mean… I probably would’ve given her a warning and taken the car away for a month first,” one person suggested.

“Selling the car? A bit overboard in my opinion,” another agreed.

Do you think they went too far or have they done the right thing? Share your comments below