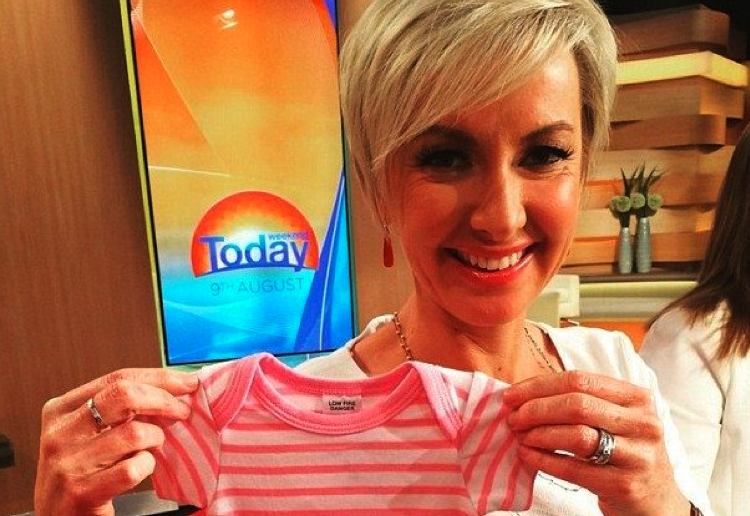 Deborah Knight, well-known Nine News Journalist and Weekend Today Co-host has given birth to her third child on Saturday night.

The 43-year-old presenter announced the arrival of her newest little one during the Weekend Today show broadcast on Sunday morning with a message from Deborah to viewers.

The message continued: “3.3 kilograms. Natural delivery. Still to be named. She’s divine. I’m well – exhausted – but over the moon.”

The newest addition is a third child for Deborah and husband Lindsay, who already have a seven-year-old son Darcy and five-year-old daughter Elsa.

Deborah has previously stated that she worked right up until January 24 because she felt fit and healthy to do so throughout her pregnancy.

Her last day at work before commencing maternity leave, was a special one for Deborah, with her fellow co-hosts, friends and family throwing her a baby shower – showering her with all things pink.

Deborah took to Instagram to share a picture from her last broadcast, and wrote: ‘How fab – my on air and real family together on my last Today Show before Bub leave!’